Day After He Was Shot At, Assam MLA On Hunger Strike Against Alleged Naga Encroachment

Rupjyoti Kurmi, his security officers and some others came under intense firing when they visited a disputed area to check alleged encroachment. 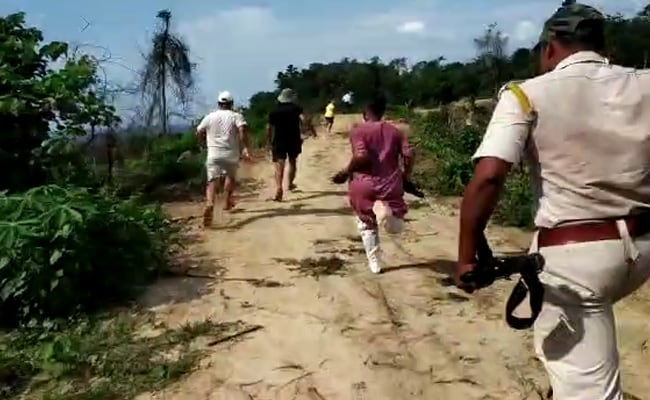 Visuals showed the legislator and others run to safety amid a spray of bullets.

A day after he came under heavy gunfire near the Assam-Nagaland border in Jorhat district, Congress MLA Rupjyoti Kurmi today started a hunger strike in the border area in demand of "complete eviction of encroachers from Assam's land".

Mr Kurmi, his security officers and some others came under intense firing when they visited Disai Valley Reserve Forest yesterday to check alleged encroachment from Nagaland side.

Visuals of the incident showed the Mariani legislator and others run to safety amid a spray of bullets. Three journalists were injured in the incident.

"Today I have started an indefinite hunger strike demanding complete eviction of Naga encroachers from Assam land. The illegal encroachers have occupied our land and illegally constructed houses. We will not tolerate Naga aggression anymore. It is very shameful for us because we have fled from our own soil due to aggression from the other side of the border," Kurmi told reporters on Friday.

The area is located between Bongaon and Sonapur villages in the reserve forest and is among several border regions where Assam and Nagaland are locked in a territorial dispute.

"Despite several discussions with the police and administration of Nagaland, they did nothing to stop the encroachment of Assam land. The Assam government should take immediate action and carry out an eviction drive in Disai Valley Reserve Forest to stop encroachment," Kurmi said.

"I have raised the issue in the Assembly but the government is not bothered. We will not give our land to encroachers. This is a very sensitive issue and the government should talk to the Nagaland counterparts to resolve it," Kurmi said.

Mr Singh visited the area today. "We have held a discussion with Nagaland DC, IG(Border) and a magistrate to check the issue. They have assured us all help. We are positive that very soon, a fruitful discussion will be held with our Nagaland counterparts to resolve the issue," he told reporters.

The senior police officer said the encroachers had violated the Supreme Court direction for status quo by illegally constructing houses at the disputed area. "Recently, the forest department had carried out an eviction drive at Disai Valley Reserve Forest against illegal encroachment. Within 48 hours, a detailed report will be submitted to the Supreme Court after collecting evidence through GPS," he said.