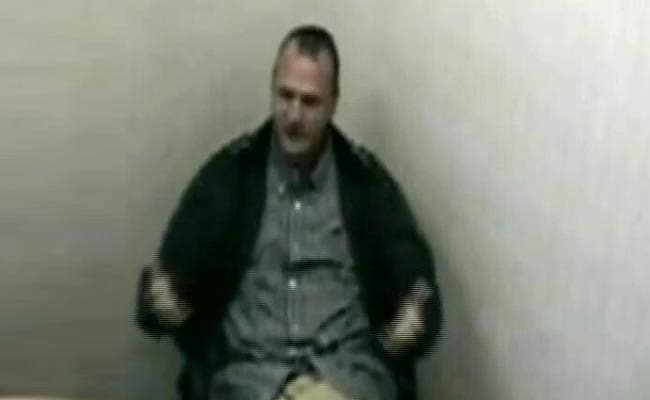 David Headley is serving a 35-year prison term in the US for his role in the 26/11 Mumbai terror attacks.

Mumbai: Pakistani-American terrorist David Coleman Headley today claimed in a Mumbai court that he had "arranged" a fund-raising programme for the Shiv Sena in the US and had planned to invite the then party supremo Bal Thackeray to the event.

The 55-year-old, who has turned approver in the 26/11 attacks case, said this during cross-examination on the third day by Abdul Wahab Khan, the lawyer of Abu Jundal -- an alleged key plotter of the 2008 Mumbai siege, via a video-link from the US.

Replying to a question, Headley said that he planned to invite Bal Thackeray for the programme. "Eventually yes, but it was in initial stages," he said, adding that that "there was no specific plan to invite Thackeray for this."

The Lashkar-e-Taiba (LeT) operative, who has been convicted in the US for his role in the terror attacks, said that Sena man Rajaram Rege had told him that "Thackeray was sick and so may be his son and other officials may attend the programme".

To a query whether LeT was in the know, Headley said he had discussed about the fund-raising programme with the terror outfit.

On whether Bal Thackeray knew about the programme, Headley said, "How can I know this? I spoke to Rajaram Rege and he told me that he (Thackeray) was advised against travelling."

However, Headley agreed with the defence lawyer that he had discussed the programme with Rege.

Asked whether Headley had asked Rege to convey about the event to Bal Thackeray, he said, "In general terms, I never asked this specifically."

Headley, who is serving a 35-year jail term in the US, denied that he was in constant touch with US investigation authorities from 1988-2008.

He refuted allegations that US agencies were financing him. "It is baseless to say that my movement to Pakistan was known to US agencies."

He also said it would be incorrect to say that FBI had not insisted on fines to be imposed on him in the US court on account of his role in the 26/11 attacks.

"This is not true. It is not FBI's job to insist on fines in the court," he said.

Headley also told special judge GA Sanap, who is hearing the 26/11 terror case against Jundal in the sessions court, that it is ridiculous to say that his association with LeT was within the knowledge of US authorities.

He also denied that in collusion with FBI, he had saved USD 30 lakh fine amount and that because of this, the agency had not insisted on death penalty or life term.

Yesterday, he had disclosed how LeT wanted to assassinate Bal Thackeray but the person who was assigned the job to kill the late Shiv Sena chief was "arrested" and then managed to give police a slip.

Headley had also told the court that while he had not personally met any of the 10 attackers in the 26/11 case but he had seen the photo of one of the attackers on internet and identified him as Ajmal Kasab 'Rehmatullah Aliah'.

The terrorist had earlier concluded his week-long deposition before the Mumbai sessions court through a video-link from the US on February 13.

Headley, in his earlier deposition, said how Pakistan's intelligence agency ISI provides "financial, military and moral support" to terror outfits LeT, Jaish-e-Mohammad and Hizbul Mujahideen, and how LeT planned and executed the 26/11 attacks.

He had also claimed that Ishrat Jahan, killed in an allegedly fake encounter in Gujarat, was an LeT operative.