Protests and incidents of violence were reported from Nagpur and Aurangabad. Shutdown was observed in Baramati, Sangli and Miraj 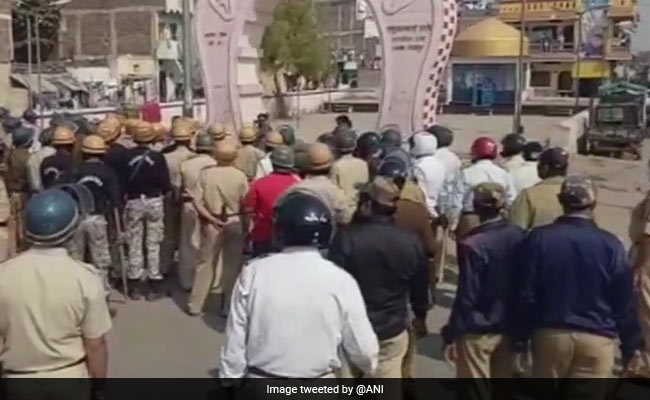 Mumbai: The protests that started in Mumbai over the caste clashes near Pune, spilled over to other towns and cities in Maharashtra today with a call for shutdown by Dalit groups.  While pockets of Mumbai and its neighbouring areas like Thane and Goregaon witnessed disruption of road and rail traffic, arson and violence were reported from other towns and cities in of the state.

In Nagpur, most schools and markets remained shut and bus services were disrupted as protests were held in sensitive parts of the town.  Two incidents of stone pelting were reported in the city, in which a man has been injured, reported news agency Press Trust of India, quoting senior police officer Shivaji Bodhke.

The administration has deployed 2 companies of the State Reserve Police Force - 140 personnel - and 250 home guards to keep the peace.

Total shutdown was observed in Baramati, a town near Pune. Sangli and Miraj, two towns in south Maharashtra, also saw little movement. Bus services were suspended and most shops and markets remained shut.

Baramati is the headquarters of Sharad Pawar, who is supporting the Dalit protests. The 77-year-old leader of the Nationalist Congress party had sharply criticized the government of Devendra Fadnavis yesterday over what he called its failure to forestall the violence on Monday at Bhima-Koregaon, in which a 28-year-old Maratha man was killed.

"Why did the administration not take adequate precautions for this event which has been celebrated peacefully for 200 years? Due to its lapses, there was confusion and rumour-mongering, resulting in the violence," Mr Pawar was quoted as saying by the news agency IANS.

On Monday, clashes had broken out between Dalit groups and supporters of right-wing Hindu organisations during the bi-centennial celebrations of the Anglo-Maratha battle at Bhima-Koregaon, a village near Pune. It is believed that the British forces had a chunk of Mahars, a community considered untouchable at the time. The Peshwas were Brahmins, and the victory was seen as a symbol of assertiveness by Dalits, who celebrate January 1 as "Victory Day".
Comments
Dalit protestsMaharashtra Dalit Protests