Dalai Lama's Visit To Arunachal Pradesh Has Had 'Negative Impact' On Ties: China 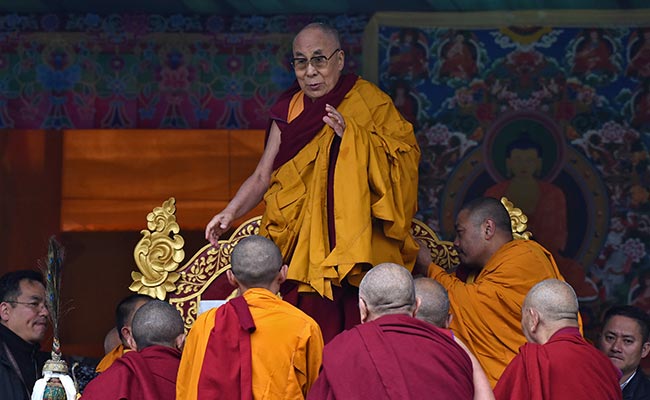 The Dalai Lama visited Arunacal Pradesh from April 4 to 11

Beijing: China said today that the recent visit of the Dalai Lama to Arunachal Pradesh has had a "negative impact" on China-India ties and New Delhi should not use the exiled Tibetan spiritual leader to "undermine" Beijing's interests.

"The Dalai Lama's visit to Arunachal Pradesh had a negative impact on India-China ties. India should observe commitment on Tibet-related issues and should not use the Dalai Lama to undermine China's interests," China's Foreign Ministry spokesman Lu Kang said.

He said it was only in this way that "we can create a good atmosphere for the settlement of the boundary question".

The Chinese spokesman's remarks came in response to India's Ministry of External Affairs statement on Friday that there was no change in New Delhi's position on Tibet being part of China. External Affairs Ministry spokesman Gopal Baglay has said India will continue to seek a fair and mutually acceptable solution to the vexed boundary issue.

China has lodged a diplomatic protest with India when the Dalai Lama began his visit to Arunachal Pradeshon April 4. He also visited the Tawang region close to the Line of Actual Control (LAC), from where he entered India in 1959.

Promoted
Listen to the latest songs, only on JioSaavn.com
The China's foreign ministry criticised the visit, saying it will impact the boundary talks between the two countries.