Cyclone Phethai, which is intensifying with a wind speed of around 100 kilometres per hour, is expected to hit the coast in Andhra Pradesh in the next two days. 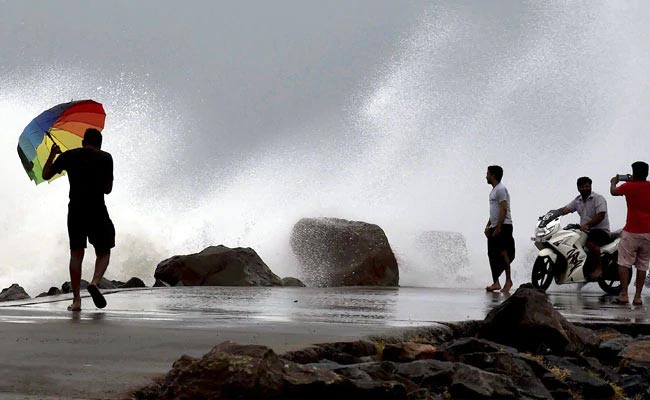 Cyclone Phethai: An alert has been sounded in nine coastal districts of Andhra Pradesh (Representational)

The navy and coast guard have been called in to help as rescuers prepared for a cyclone forming over the south-west Bay of Bengal on Sunday. Cyclone Phethai, which is intensifying with a wind speed of around 100 kilometres per hour, is expected to hit the coast in Andhra Pradesh in the next two days. An alert has been sounded in all nine coastal districts of Andhra Pradesh by the state government's Real Time Governance Society (RTGS). The state's Disaster Response Force (SRDF) and National Disaster Response Force were kept on standby, news agency IANS reported.

According to a statement from the Indian Navy, the Eastern Naval Command or ENC has in the past two days flown 11 sorties across the coast and broadcast warnings to fishermen advising them to stay away from the coastline and look for shelter in harbours nearest to them.

"Diving teams with inflatable Gemini boats and associated diving equipment have been kept standby for immediate deployment for relief and rescue operations," the Indian Navy said.

The Indian Coast Guard has also readied efforts to brave the pending cyclone. In a tweet, the coast guard said efforts to bring fishing boats to safety are underway. The coast guard also tweeted a video, saying over 700 stranded people, with many tourists among them, were rescued early morning today from the South Andaman Islands of Havelock and Neil, amid choppy waters and intensifying cyclonic weather conditions.

Cyclone Phethai is currently 690 kilometres south east of Andhra Pradesh. Fishermen in Odisha, Andhra Pradesh, Tamil Nadu have been told to not venture to the coast.

The Met department has said that the cyclone will likely trigger heavy rain in several parts of Odisha tomorrow in the districts of Ganjam, Gajapati and Rayagadaand Kalahandi, according to news agency Press Trust of India.