Nothing seems to have changed since the 2015 floods in Chennai's low-lying neighbourhoods. 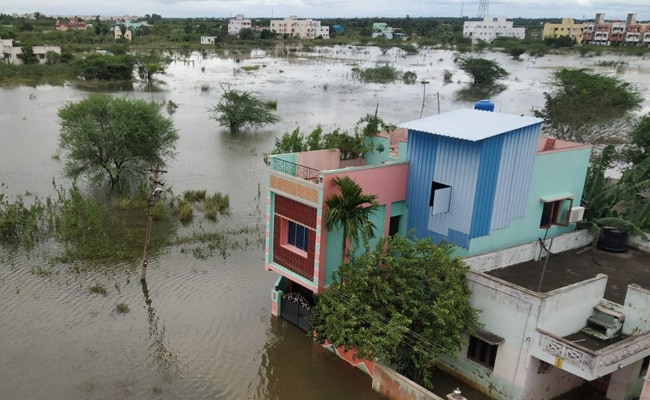 Hundreds of families are struggling Chennai's storm waters, just like in 2015.

The 2015 floods swept away IT professional Karthik Narayanan's family car and other belongings. Five years later, nothing much seems to have changed in his Chennai neighbourhood.

Three days after Cyclone Nivar made landfall 150 kilometres away and the rains stopped, hundreds of families still wade through knee deep waters at Varadarajapuram outside the Tamil Nadu capital, an area struggling with the surplus discharge Chembarambakkam lake nearby. 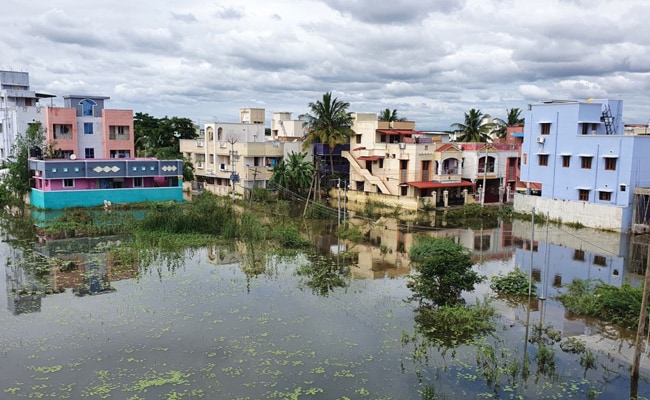 Mr Narayanan must walk through the waters to even carry medicines to his stroke-hit father. His mother, a retired teacher, worries that even an ambulance can't reach them in an emergency.

"Because of floods and power cut, he (father) should not get a stroke again. Only this medicine will save his life," Narayanan said. His father, too, is upset, understandably. "What were the Public Works Department officials doing from 2015 to 2020?" he asked angrily.

Kalpana Yuvaraj, a mother of two, could not step out of home for three days. The area that her home is built upon now looks like a lake. "With a baby in hand, I could not even get milk and essential supplies. And there is no power either," she said.

Overseas education consultant RP Palaniraj is another Varadarajapuram resident. He had to switch off his mobile phone during the heavy flooding the past few days. "Only today has the water come to knee-deep level. On days one and two, it was at chest level. Without power, I could not charge my mobile phone. I kept it off and used it only for emergency."

Not far away, in Mudichur area, retired civil engineer Kameswaran (only first name known) is struggling to clean his home which got flooded on Thursday. His wife took refuge in another house. Since his family lost a lot during the 2015 disaster, this time he moved the furniture and appliances to safer heights.

Recalling the night before Cyclone Nivar made landfall, he said, "Water came in at 2am. When I woke up, I could not do anything…water was at my feet." 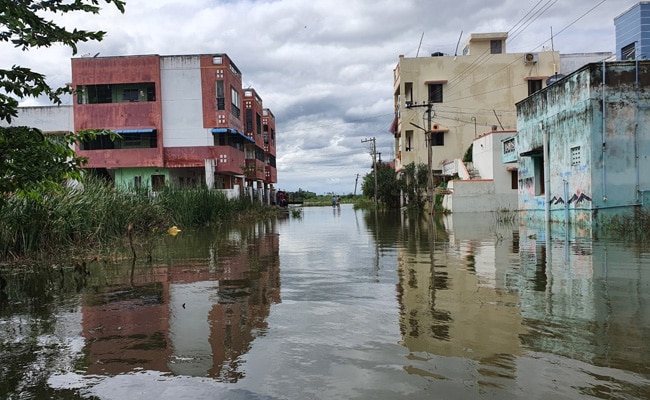 With no storm water drains in this low-lying area, residents say walls under the flyover built nearby block the natural flow of storm water. They want a pipeline to drain this.

"These are low-lying areas, but water could clear in two hours. It's a challenge for Chennai," state Revenue and Disaster Management Minister RB Udhayakumar said.

On Friday, having watched an NDTV ground report on the situation, Tamil Nadu Chief Minister, Edappadi Palaniswami, finally asked authorities to find a permanent solution to the problems faced by a few areas including Varadarajapuram, Mudichur, and Velacherry.

However, with low pressure building over the Bay of Bengal, many residents now worry about reliving their nightmare - yet again.