Read inOther Languages
This Article is From May 20, 2020

Airport, Markets Shut, People To Stay Inside As Kolkata Preps For Amphan 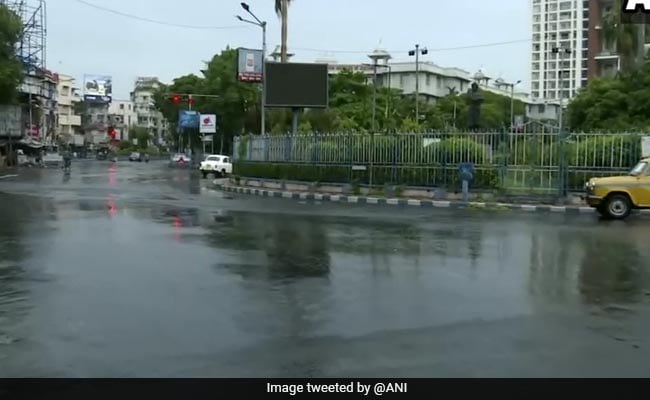 Kolkata airport has been shut till 5 am Thursday, commercial establishments, offices and markets have been ordered to close and over three lakh people have been evacuated as the city prepares for Cyclone Amphan - an "extremely severe cyclonic storm" likely to hit Bengal this evening.

Amphan can "cause large-scale, extensive damage", weather officials told news agency AFP, with Sanjib Banerjee from the Bengal weather office warning that parts of Kolkata, which has been placed on "red alert" because of the storm, could see "severe damage".

The latest weather reports from Kolkata show ominously overcast skies and light rainfall, with visuals early this morning showing high-speed winds and heavy rain over Bengal's South 24 Paraganas district; as many as seven districts are likely to be hit directly by the cyclone.

The storm, which at 11.30 am was around 125 km south-southeast of Digha, a seaside resort town in Bengal, is scheduled to make landfall between Digha and Bangladesh's Hatiya Islands, according to the Indian Meteorological Department (IMD).

The IMD has also warned of disruptions to electricity and communications because of uprooted poles and devastation to farms and plantations. The department also said the storm would lead to waves between four and six metres above astronomical tides and lead to flooding of low-lying coastal areas.

Cyclone Amphan (pronounced Um-Phun) is expected to be one of the worst storms in this part of the world and comes as Bengal is already battling the COVID-19 virus that has infected nearly 3,000 people and been linked to 250 deaths, so far.

Chief Minister Mamata Banerjee, who yesterday urged Kolkata residents to stay indoors, is expected to spend the night in a control room set up in state capital Kolkata. Ms Banerjee warned people against stepping out of their homes until the all-clear was sounded by the government.

"The tail-end of a cyclone can do worst damage, so people should not come out of their homes until they get an all-clear," she said on Tuesday.

Both Prime Minister Narendra Modi and Union Home Minister Amit Shah have spoken to Chief Minister Mamata Banerjee, assuring them of all possible support from the centre at this time.

Forty teams of the NDRF (National Disaster Response Force) have been deployed across both Bengal and Odisha, with NDRF chief SN Pradhan telling NDTV the cyclone was a "a second disaster coming amid COVID-19 pandemic".

Multiple helpline numbers have been set up for people in need of assistance.