Union minister Jitendra Singh said he was deeply disturbed by the unpleasant situation in Bhaderwah. 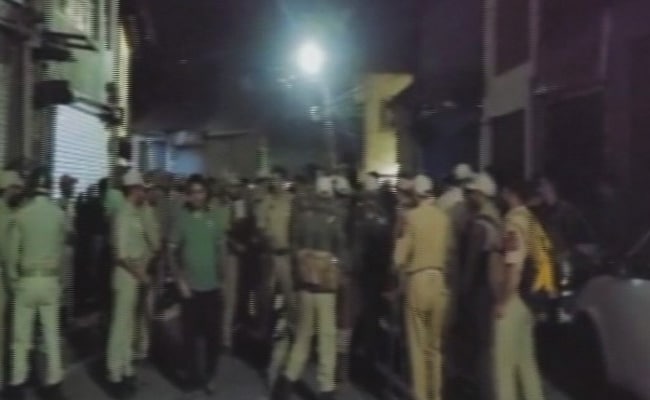 Curfew was imposed and Internet services have been suspended in major towns of Chinab valley region in Jammu and Kashmir after protests over objectionable social media post. There is also  spontaneous shutdown in Srinagar and the internet was suspended in the capital city as well.

The administration imposed curfew in Bhardawah town yesterday evening following series of protests in the town. Restrictions banning the assembly of three or more people have also been imposed in Ramban district.

The army has been called in to conduct a flag march in the town.

The Doda district administration has appealed media not to share any material that could affect communal harmony in the union territory.

The tension erupted in Bhaderwah after some people in Jammu publicly endorsed controversial comments of suspended BJP spokesperson Nupur Sharma against Prophet Mohammad, the messenger of Islam.

It was followed by inflammatory speech and protest at a mosque in Bhaderwah area.

Subsequently, a highly provocative blasphemous content surfaced on social media which led to more protests and tension in the communally sensitive town.

Police said action will be taken against anyone who violates the law and an FIR has been registered. But so far no arrests have been made over uploading blasphemous content.

Political leaders have appealed for peace and asked community elders from both sides to maintain harmony.

Union minister Jitendra Singh said he was deeply disturbed by the unpleasant situation in Bhaderwah.

"I am deeply disturbed by the unpleasant situation that developed in #Bhaderwah yesterday. I humbly appeal to the elders and the heads of the two communities to sit together to maintain the traditional harmony for which the beautiful town of Bhaderwah has always been known for " tweeted Dr Jitendra Singh Minister in PMO.

Taking to Twitter, former Jammu and Kashmir chief minister Omar Abdullah said, "I hope cooler heads prevail. Jammu and Kashmir has enough problems without adding to them with communal tension spreading in and around Bhadarwah. I appeal to everyone to maintain calm and ask my party colleagues to help normalise the situation at the earliest."