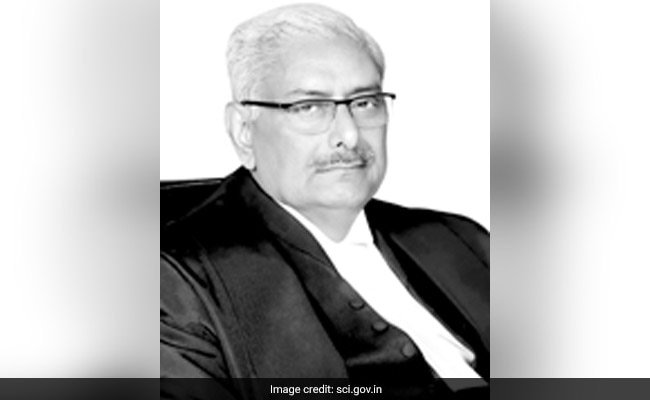 Justice Arun Mishra, whose bench held lawyer-activist Prashant Bhushan guilty of contempt for his tweets against the Chief Justice of India and other Supreme Court judges, had a clear message today for critics.

"Criticise the judgments adversely, but do not give any colour," he said at the customary exchange of pleasantries in court on the last working day.

Justice Mishra's judgment holding Mr Bhushan guilty and at the same time imposing a token punishment of a one rupee fine, has been hailed by many.

Mr Bhushan had called it a "watershed moment for freedom of speech," and said he decided to submit to the court and "respectfully pay the fine".

Attorney General KK Venugopal, who had asked the court that Mr Bhushan not be punished and allowed to go with a warning, today dubbed Justice Mishra the "iron judge". "Personally, I would have been happy if nothing was imposed, any penalty in the contempt case," he reiterated.

"Justice Mishra leaves behind a legacy of courage and hard work," Chief Justice SA Bobde said, sitting in the court room number 1 while others joined through video conferencing. Hearings in the Supreme Court are conducted online because of the coronavirus outbreak.

"I have may hurt (people) by my hard words, please pardon me," Justice Mishra had responded.

The Supreme Court Bar Association president Dushyant Dave meanwhile wrote to Chief Justice Bobde, alleging that he was not allowed to speak at the ceremony, where he and others had joined in through video conference.

"I wish to place on record my strong disappointment and condemnation," he wrote, alleging that he was bypassed during speeches and also he was "disconnected again and again".

"The whole attempt was to prevent me from addressing on behalf of the SCBA and its EC," he wrote, expressing concern that "you may have done so fearing that I might something unpleasant".

"I must confess, the Supreme Court has come to such levels where the judges are afraid of the Bar. Please do remember, judges come and go but we the Bar remain constant," read the letter, which was tweeted by Prashant Bhushan.

"The SCBA President Dushyant Dave was prevented from speaking today at Justice Arun Mishra's farewell in Court, contrary to normal practice. Below is his letter expressing anguish to the CJI," Mr Bhushan's post read.