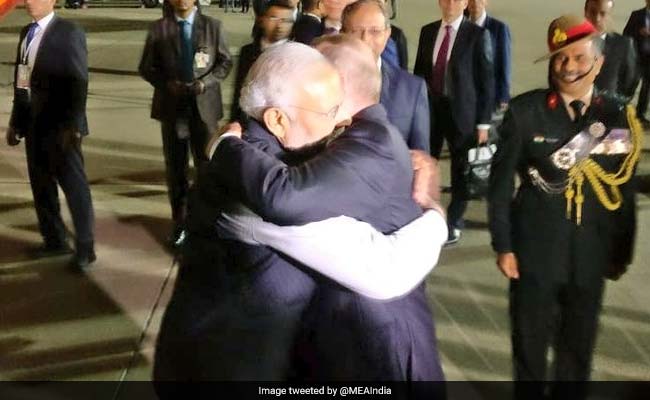 New Delhi: Describing his first informal summit with Russian President Vladmiri Putin as "extremely productive", Prime Minister Narendra Modi has said that the discussions focused on a range of India-Russia ties and other global issues.

"Friendship between India and Russia has stood the test of time. Our ties will continue to scale newer heights in the coming years, said PM Modi who met Mr Putin in the coastal city of Sochi.

The two leaders agreed that the 'Special and Privileged Strategic Partnership' between India and Russia is an important factor for global peace and stability, the foreign ministry said in a statement, adding that the two countries have an important role to play in contributing to an "open and equitable" world order.

The issue of terrorism and radicalisation came up during the talks and both the leaders agreed to work together to combat it.

"In this context, they endorsed the importance of restoring peace and stability in Afghanistan in an atmosphere free from the threat of terrorism, and agreed to work together towards achieving this objective," said a statement by the foreign ministry. 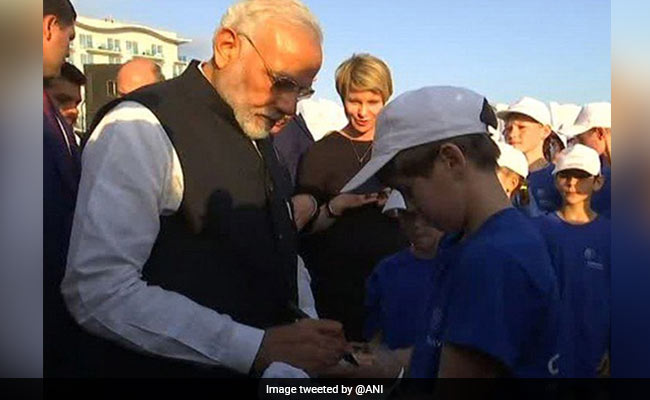 PM Modi interacts with students at an educational centre in Sochi

PM Modi's day-long visit to Sochi comes less than a month after he visited the Chinese city of Wuhan and held several rounds of informal talks with Chinese president Xi Jinping.

Thanking Mr Putin for inviting him to Sochi, PM Modi said the gesture has added a new aspect to India-Russia ties.

"You have added a new aspect of informal summit in the bilateral relationship which I think is a great occasion and creates trust," he said.

Both the leaders agreed on the importance of building a multipolar world order.

PM Modi's visit comes against the backdrop of the United States imposing sanctions against Russia and its possible impact on India-Russia defence cooperation. Along with this, the US sanctions against Iran could affect India's trade ties and development of Chabahar port.

"Our defence ministries maintain very close contacts and cooperation. It speaks about a very high strategic level of our partnership," said Mr Putin.

Promoted
Listen to the latest songs, only on JioSaavn.com
US Secretary of State Mike Pompeo has warned Iran of the "strongest sanctions in history", adding that Iran will 'be battling to keep its economy alive'.

PM Modi also visited an educational centre set up at the initiative of the Russian President and interacted with students there. He also thanked Mr Putin for the "exceptional hospitality".