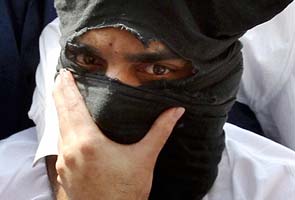 New Delhi: A special National Investigation Agency (NIA) court on Friday issued production warrants for April 25 against suspected terrorist of Lashker-e-Taiba (LeT) and one of the masterminds of 26/11 Mumbai terror attack, Abu Jundal, who was chargesheeted by the agency for allegedly recruiting youths for the terror outfit.

Jundal was chargesheeted by NIA for offences punishable under the Indian Penal Code (IPC) and Unlawful Activities (Prevention) Act for his deliberate attempts for recruiting different persons through the internet for joining LeT and to carry out terror activities in India.

District Judge (DJ) I S Mehta issued the production warrants against Jundal, whose real name is Sayed Zabiuddin and is currently lodged in a Mumbai jail, directing the jail authorities to produce him before the court on April 25.

The court has not yet taken cognisance of the charge sheet filed by the NIA, court sources said.

The NIA, in its charge sheet, has alleged that during 2011 and 2012, Jundal had "attempted to send monetary support for the purpose of motivating accused persons earlier charged with cases of terrorism in Maharashtra."

During the probe, Jundal had allegedly told investigators that he had taught Hindi to the 10 LeT terrorists who carried out the attack on Mumbai in November 2008 in which 166 people were killed.

He had allegedly issued instructions during the attack to two terrorists holed up inside Nariman House, a Jewish outreach centre, from a control room set up in Karachi and his voice had been intercepted by the intelligence agencies.

Gujarat ATS too had earlier taken Jundal's custody for questioning on his alleged role in the 2006 Karanawati Express train blast at Ahmedabad station. Jundal is alleged to be one of the main conspirators of the blast.

Prior to that, Jundal had been handed over to the ATS Mumbai after Delhi Police had said he was no longer required to be interrogated by it in the Jama Masjid attack case.

Mumbai ATS had secured his custody in connection with the 2006 Aurangabad arms haul case, the 26/11 Mumbai mayhem, the 2010 German bakery blast and the Nasik Academy attack.

The Delhi Police had earlier filed a charge sheet against Jundal accusing him of being involved in terror activities across India to avenge the alleged atrocities against Muslims, particularly those committed during the 2002 Gujarat riots.

The charge sheet, filed by the Special Cell of Delhi Police in the court of Chief Metropolitan Magistrate Vidya Prakash, had said Jundal had disclosed that he along with LeT chief Zaki-ur-Rehman alias Lakhvi, monitored the 26/11 attacks from a control room set up at Malir in Karachi, Pakistan.

The charge sheet said after his arrest from the IGI Airport in Delhi on June 21 this year, Jundal, during questioning, had admitted to his role in the 26/11 Mumbai terror attack.

Promoted
Listen to the latest songs, only on JioSaavn.com
The Delhi Police had said this in a supplementary charge sheet in the Jama Masjid blast case in which 11 alleged members of terror outfit Indian Mujahideen (IM) were charge sheeted earlier.