According to Sitaram Yechury, the signatures of presiding officers and control agents from all other parties were present on the slip. 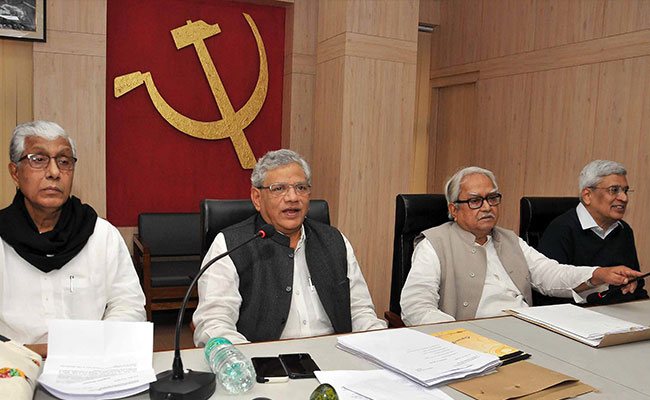 The Left demanded immediate action by the Election Commission to ensure that counting is resumed. (File)

New Delhi: Top CPI(M) leaders approached the Chief Election Commissioner today to protest the stopping of counting in at least three booths of the Dhanpur constituency in Tripura, previously held by Manik Sarkar. According to leads, Mr Sarkar is set to win the seat again, but counting was interrupted by BJP agents, said the CPI(M).

"The BJP's counting agents did not sign on the control unit," said Sitaram Yechury, the General Secretary of the CPI(M). "If someone voluntarily doesn't do that, then intervention should happen," he added.

According to Mr Yechury, the signatures of presiding officers and control agents from all other parties were present on the slip.

In a statement, the CPI(M) also alleged that BJP workers were heckling Manik Sarkar, who was still present at the counting station till 6:30 in the evening.

The Left party demanded immediate action by the Election Commission to ensure that counting is resumed.

Senior BJP leaders Vijay Goel, Piyush Goyal, JP Nadda and Prakash Javedekar were also seen entering the Election Commission of India office in central Delhi, but they did not confirm the purpose of their visit.

The BJP expanded its Northeast footprint today with a spectacular win in Tripura, ending the two-decade run of the CPM's Manik Sarkar as chief minister. The BJP, along with its regional ally the IPFT, is set to win 42 of Tripura's 60 seats The party on its own is leading in 35 seats; it had won no seat in 2013. The Left is ahead in 18, losing 33 from last time. A party needs 31 seats to win a majority. State BJP chief Biplab Kumar Deb, 48, is widely expected to be the BJP's pick for chief minister in Tripura.
Comments
Manik Sarkartripura assembly election 2018