Coronavirus: In tweets on Sunday, West Bengal Health and Family Welfare Department asked the ICMR to investigate the issue immediately 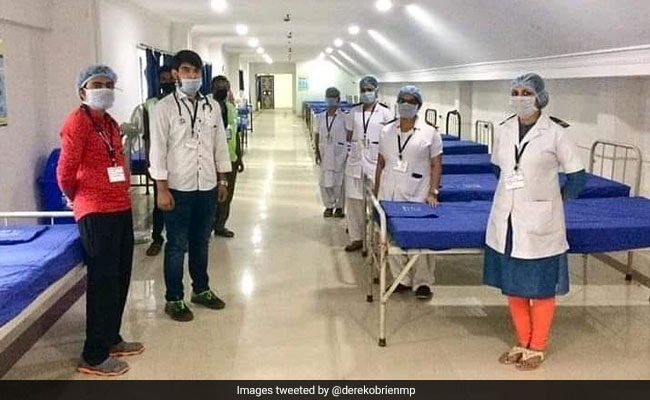 Faulty kits supplied by the Indian Council for Medical Research (ICMR), the country's nodal body for COVID-19 testing, have been throwing up inconclusive results and delaying the pace of testing, the West Bengal government has said.

In tweets on Sunday, the state's Department of Health and Family Welfare has urged the ICMR to investigate the issue immediately as the delays have resulted in the need for repeat and confirmatory tests that are slowing down the battle against the pandemic. West Bengal has reported 310 cases of COVID-19 so far and 12 deaths, the Health Ministry's data shows. The cases have been rising in the last three days.

While an ICMR response is awaited, the director of the Council's nodal body in Kolkata said that the matter was being seriously addressed.

"It is unfortunate that the kits are not standardised to give exact results. It is difficult for each of the medical colleges to standardise the kits, hence, they are showing different and inconclusive results," said Dr Shanta Dutta, Director of the National Institute of Cholera and Enteric Diseases (NICED) in Kolkata.

Initially, she said, kits were being assembled and standardised at the National Institute of Virology (NIV) in Pune. As the demand increased, the ICMR started importing ready-made kits and sending them to 16 depots for onward delivery to laboratories under its purview across the country.

NICED is one such depot and supplies kits to Odisha and the Andaman and Nicobar Islands, besides West Bengal.

"There was no problem earlier when the testing kits were being received directly from the National Institute of Virology, Pune. Recently, the supplies to government labs in West Bengal have been routed through ICMR-NICED, Kolkata," the department tweeted on Sunday.

3/5 There was no problem earlier when the testing kits were being received directly from National Institute of Virology, Pune. Recently, the supplies to Government Labs in West Bengal have been routed through ICMR-NICED, Kolkata.

"The apparently defective test kits supplied by ICMR-NICED are resulting in a high number of repeat/confirmatory tests and causing delays and other attendant problems at a time when we are battling a pandemic," it said.

5/5 The apparently defective test kits supplied by ICMR-NICED, Kolkata are resulting in a high number of repeat/ confirmatory tests and causing delays and other attendant problems at a time when we are battling a pandemic. This is an issue that ICMR needs to look into immediately

The tweets have raised eyebrows because of a reference to "mischievous reports in social media about the alleged delay in the time taken for testing swab samples" in the state.

Just last week, in a series of interviews to the media, the NICED Director had questioned the low testing rate for COVID-19 in West Bengal and denied that a shortage of kits was responsible for it.

Dr Dutta had also questioned the declining number of swab samples that NICED had been receiving from the state government. In the week ending April 12, she said her lab was getting a maximum of 20 samples a day, when its capacity to test was 80-90 samples.

Her comments had created a stir in West Bengal and beyond because the state was, indeed, at the bottom of the list when it came to figures of testing per million.

The West Bengal government will start rapid antibody and pool testing to detect COVID-19 patients, the state government said in a statement on Sunday. Mass testing for coronavirus can be made low cost by pool testing - conducting tests of groups of five persons as a poll, the Indian Council of Medical Research (ICMR) has said. Mass testing has gained importance as the number of coronavirus positives in the country cross the 16,000-mark.