Coronavirus: The Delhi High Court also noted that Shivinder Singh, who was in judicial custody since December last year, was also allegedly involved in a money laundering case. 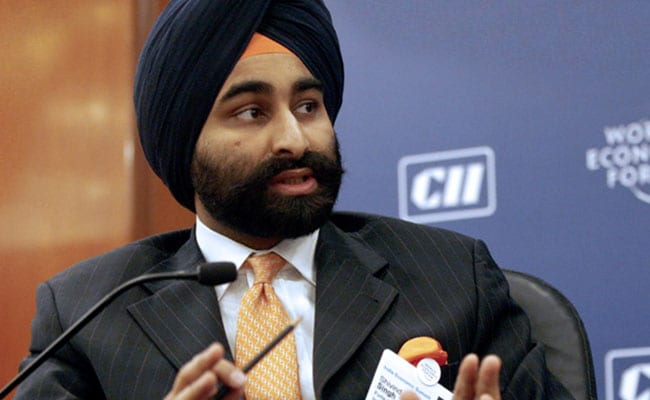 Mr Singh had cited COVID-19 infection risk as a reason for seeking the relief.

Justice Mukta Gupta, in her order uploaded on Tuesday, denied him the interim relief, saying Mr Singh was allegedly involved in more than one offence which were punishable with more than 7 years sentence and "hence does not qualify to be released" as per criteria laid down by a high powered committee.

The court, in proceedings held on Monday via video conferencing, also noted that Mr Singh, who was in judicial custody since December last year, was also allegedly involved in a money laundering case.

The high powered committee, headed by Delhi HC judge Justice Hima Kohli, was constituted on orders of the Supreme Court for laying down criteria for release of convicted and under trial prisoners to prevent overcrowding of prisons and ensure social distancing in the wake of COVID-19 pandemic.

Mr Singh, in his plea, had sought interim bail for eight weeks claiming that with overcrowding of jails, social distancing cannot be maintained and therefore, there was a likelihood that he might get infected by COVID-19.

He had also claimed that with the kind of experience he has in the health sector, he be granted an opportunity to do community service as his efforts "can result in an all India outreach and he will be able to initiate utilization of available infrastructure with the government and the Public Sector Undertakings (PSUs) after interacting with officers of various ministries and hospitals including private hospitals".

His plea was opposed by the Delhi police'' economic offences wing (EOW) and the Enforcement Directorate, with both agencies contending that the petition was not maintainable.

The Delhi government standing counsel (criminal) Rahul Mehra and advocate Chaitanya Gosain, appearing for EOW, told the court that as per the committee's guidelines Singh was not entitled to interim bail as he does not fulfil the relevant criteria.

EOW said that Mr Singh was not eligible for the relief as he was "facing trial for offences punishable under section 409 IPC (criminal breach of trust) punishable up to life Imprisonment or ten years imprisonment".

"Secondly, the petitioner (Mr Singh) is facing trial in more than one case and in all the three cases, he is not on bail..

Mr Mehra also told the court that Singh was lodged in a cell where he is alone and hence, "as far as social distancing is concerned, the same is adequately taken care of in case of the petitioner".

The court, after hearing both sides, said since Mr Singh was in isolation, therefore social distancing was being maintained and if he has to use common facilities, like a rest room or cafeteria, distancing can be maintained there and he can also take steps like washing hands.

Regarding his plea that he can contribute to society because of his experience in the health sector, the court said that his suggestions have been transmitted to authorities and if they need his co-operation, "they would be at liberty to take the same through various means including video conferencing as is done in all the cases".

"In view of the facts noted, this court finds no ground to grant interim bail to the petitioner. Petition is dismissed," it said.