Backlash against Jamaat attendees has been reported from other parts, with reports that Muslim members of Punjab's Gujjar community have been discriminated against 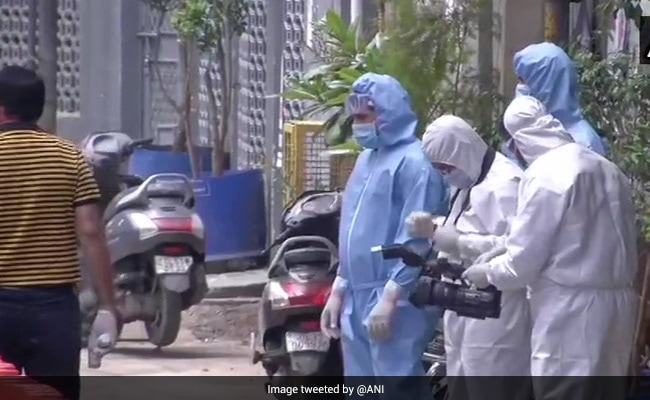 More than 1,000 coronavirus cases have been linked to the Tablighi Jamaat

Tablighi Jamaat members quarantined for COVID-19 infection at four flats in Delhi's Dwarka neighbourhood have been accused of "throwing bottles filled with urine", after two such bottles were recovered from a water pump behind the building. The bottles were found at 6 pm on Tuesday and a FIR has been filed at the Dwarka North Police Station against unknown persons.

According to the FIR, based on a complaint filed by the Assistant Director of the quarantine facility in Dwarka's Sector 16B, the isolated Jamaat attendees have been accused of throwing the bottles "to spread coronavirus among other people".

The alleged throwing of urine-filled bottles, the FIR adds, was recorded by a "Civil Defence personnel" on his mobile phone.

This is days after other members of the Jamaat - an Islamic sect linked to over 1,400 novel coronavirus cases across the country - were charged by the Uttar Pradesh government under the National Security Act (NSA) following allegations of assault on medical staff in a Ghaziabad hospital.

Last week UP Chief Minister Yogi Adityanath had harsh words for Jamaat members accused of misconduct, describing them as "enemies of humanity".

Across India there are more than 4,300 active COVID-19 cases, with Maharashtra alone reporting more than 1,000. Of the total number of cases, the government has said, at least 1,445 cases have been linked to the religious gathering held by the Jamaat in south Delhi's Nizamuddin last month.

In addition, more than 25,500 people - local workers of the missionary group and people who came in contact with them - have been isolated, the government said on Monday.

The government has said the number of coronavirus cases in the country would have been significantly fewer had the Jamaat event not been held; the Health Ministry said the rate of doubling of cases would have been 7.4 days instead of the current 4.1.

By the time the scale of the Tablighi Jamaat crisis - the gathering was held in defiance of social distancing protocols in place to check the spread of the virus - was realised late last month, ethousands of its members had dispersed across the country.

States were instructed to identify and isolate them in their respective territories; Tamil Nadu has been among the worst hit states in this regard.

The Health Ministry has declared Nizamuddin, where the Jamaat congregated at a 100-year-old mosque complex - a coronavirus hotspot and containment zone (one of three in the national capital - the others are Dilshad Gardens and South Moti Bagh).

A case has been filed against Jamaat chief cleric Maulana Saad and six others under the Epidemic Disease Act, Delhi Police Commissioner SN Shrivastava said earlier.

Maulana Saad, 56, who is missing and may have been exposed to coronavirus, is reportedly in "self-quarantine", according to a video released last week.

The Tablighi Jamaat event has also been linked to more than 1,300 foreign nationals currently in India on tourist visas. Today eight of them - traced to a mosque in Maharashtra's Nagpur - were booked for violating the Foreigners Act and visa norms.

Last week another eight foreigners - Malaysian citizens - linked to the group were caught at Delhi's Indira Gandhi International Airport as they were about to board a relief flight back home. They had been hiding at different places around the capital.

The authorities have urged Tablighi Jamaat members - domestic and foreign - who have yet to be traced to identify themselves and go into quarantine to halt the spread of one of the most infectious viruses in recent times.

Worldwide over 1.4 million people have been infected and more than 82,000 killed by the COVID-19 virus that originated in China's Wuhan district in December last year.