Tejashwi Yadav suggested that Nitish Kumar should look into the complaints on the state government's response to the COVID-19 crisis more proactively, given his vast experience as an administrator and his penchant for yatras. 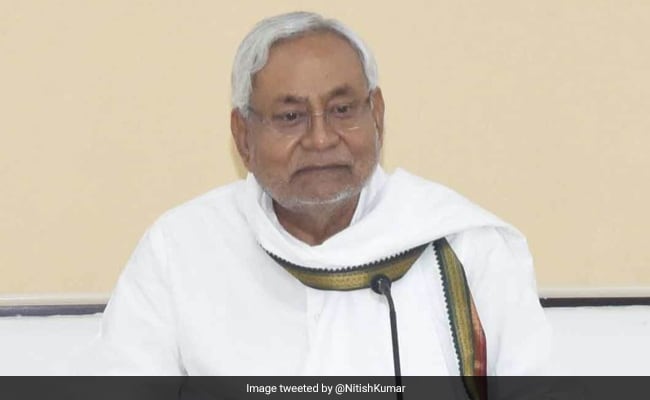 Nitish Kumar made the gesture at an all-party meeting represented by legislative party leaders yesterday.

Nitish Kumar, confronting some recent differences with ally BJP in the coronavirus crisis, has made a surprising offer to opposition leader Tejashwi Yadav. The Bihar Chief Minister on Tuesday invited his loudest critic to accompany him on a tour of quarantine centres, after being urged to personally investigate the conditions.

He made the gesture at an all-party meeting represented by legislative party leaders yesterday, the first in the middle of the pandemic.

Tejashwi Yadav, himself accused of being mostly MIA in Bihar politics in the year since his party RJD's defeat in the 2019 general election, spoke up. There are many complaints on the state government's response to the COVID-19 crisis, he said, and suggested that the Chief Minister should look into them more proactively, given his vast experience as an administrator and his penchant for yatras.

"We are all behind you in this fight against COVID-19. You are such an experienced administrator and earlier you used to undertake yatras. But now you are making plans, yet we get a lot of complaints regarding the execution of those plans. Please go out and inspect the quarantine centres," Tejashwi Yadav said.

"I'm notorious for travelling around but stayed put this time, keeping in mind the guidelines for coronavirus. Once these rules are relaxed we will certainly go out and you can also come with me along with other leaders and we will see it (the centres) together," said the Chief Minister.

The response bowled over many in the meeting, said leaders of Mr Kumar's Janata Dal United.

Earlier, goaded by Tejashwi Yadav's offer to pay for 50 trains to bring migrants back to Bihar, the Chief Minister had announced that each worker returning home by train would be reimbursed the full ticket fare and will get an additional aid of Rs 500.

Mr Kumar has been criticized not just by the opposition but by top leaders of his ally, the BJP, of mishandling the migrants crisis. As other states petitioned the centre to repatriate their workers, Mr Kumar urged they remain where they are; he later changed his stance.