Waiting For UP Government Bus, 6-Year-Old Dies After Speeding Truck Runs Her Over

The parents of the girl used to work in Haryana. On Monday, the migrant family had boarded a truck in Haryana hoping to get dropped at a location close to their Uttar Pradesh village. 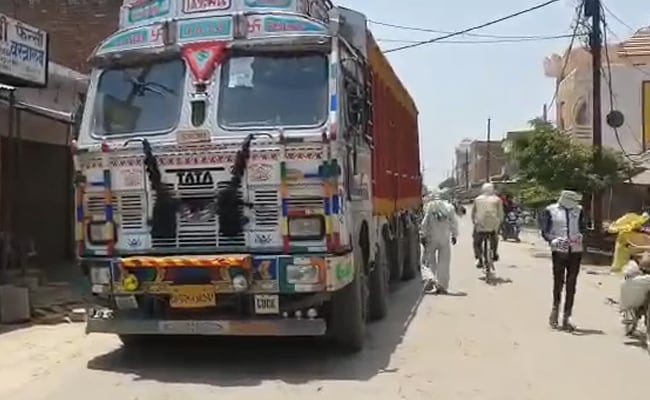 A truck carrying stones from a nearby quarry hit six-year-old Priyanka in Mainpuri.

A six-year old girl died in western Uttar Pradesh's Mainpuri district on Tuesday morning after she was hit by a speeding truck, as she and her parents waited for a bus arranged by the state government by the side of a road, hoping to get home to their village in Sitapur district.

The parents of the girl used to work in Haryana. On Monday, the migrant family had boarded a truck in Haryana hoping to get dropped at a location close to their Uttar Pradesh village.

As the truck made its way to UP's Mainpuri district on Tuesday morning, it was stopped by policemen at a border check-post and the family was asked to get off the truck , reports say. The cops then asked the family to wait by the side of the road promising that a government bus would be arranged for them soon.

As the family disembarked and went to the side of the road, another truck carrying stones from a nearby quarry hit six-year-old Priyanka from behind. The truck was speeding and after hitting the girl, it crashed into a police barrier a few metres ahead.

"I used to work in other people's fields in Haryana. We were just trying to get home. The lockdown really affected our lives, so we were desperate to get home," Shiv Kumar, Priyanka's father, told local journalists.

Migrants have been leaving cities in hordes since the country went into lockdown in late March, desperate to go home after losing their jobs and shelter. To cover thousands of kilometres after the ban on public transport, the migrants have set out on foot with their families, or taken cycles or hitched rides on trucks.

Uttar Pradesh had closed its borders on Saturday night for the entry of migrants on cycles, trucks or on foot after the death of 26 labourers in Auraiya district, about 180 km from state capital Lucknow. Chief Minister Yogi Adityanath has directed officials to ensure safer government buses are provided for every returning migrant. The state government claims that more than 10,000 government buses have been sent to the state's borders to get people home.