Coronavirus Lockdown: Heartbreaking visuals have been capturing the misery of labourers and their families ever since countrywide shutdown left them jobless, away from their homes. 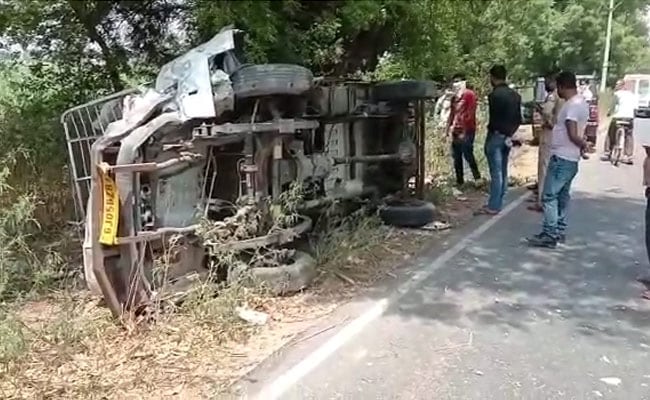 Coronavirus Lockdown: Three migrant workers were killed in an accident in UP's Mirzapur.

This morning, two migrants were killed in an accident in western Uttar Pradesh's Bulandshahr district, 102 km from Delhi. The workers were travelling from Surat in Gujarat to UP's Bijnor. Their mini-truck overturned after hitting an electric pole.

Visuals showed a woman sitting in an ambulance with two young children. While the baby on her lap cried, the older boy who had a bandage on his head stood close to the woman.

2 migrant workers have died and a few others are injured in a road accident in west UP's Bulandhshahr . The workers and their families were travelling in a mini truck from Surat to Bijnor in west UP .. the truck hit an electric pole and overturned .. pic.twitter.com/NDAEuJWYLW

In another accident in eastern Uttar Pradesh on Thursday night, three migrant workers were killed in Mirzapur district.

They were part of a group of seven travelling from Mumbai to Bihar in a Toyota Innova. They had stopped the vehicle by the side of the highway and were sleeping when a speeding dumper crushed them to death.

More deaths in Mirzapur in east UP , where a truck ran over 4 people travelling between mumbai and bihar in this innova when they had stopped it last night and were resting by the side of the road outside the vehicle . 3 died on the spot pic.twitter.com/ARyH563wnH

Uttar Pradesh closed its borders on Saturday for the entry of migrants after the death of 26 labourers in Auraiya district, about 180 km from state capital Lucknow.Chief Minister Yogi Adityanath has directed officials to ensure safer government buses are provided for every returning migrant. The state government claims that more than 10,000 government buses have been sent to the state's borders to get people home.

Heartbreaking visuals have been capturing the misery of labourers and their families ever since countrywide shutdown left them jobless, away from their homes. Many of them also died as they tried covering hundreds of kilometres on foot.