Thirty-seven-year-old Sunil had gone to Delhi in January to work as a labourer. He died due to chicken pox.

Sunil's symbolic funeral was carried out in his family a few days ago.

A Rs 1.75 lakh-crore scheme was announced last month by the central government to help the economically weaker sections survive the loss of jobs and income, an inevitable fallout of the coronavirus pandemic. Despite the bailout package, heartbreaking stories continue to emerge from across the country about the struggle of poor people amid a nationwide shutdown to check the spread of the highly contagious illness.

A distressing incident has now emerged from a village in eastern Uttar Pradesh's Gorakhpur district, about 260 km from state capital Lucknow. A family of a 37-year-old daily wage labourer, who died due to chicken pox in Delhi, had to perform his last rites a few day ago using a symbolic straw dummy in their village. His body is in Delhi and his poverty-stricken family has no means to bring it back.

Sunil, the 37-year-old man, had gone to Delhi in January to work as a labourer. He found a house on rent and started working at a tyre repair shop.

About 10 days ago, on 11 April, he fell ill and his landlord took him to the Bara Hindu Rao hospital in the national capital. He was then referred to three hospitals because doctors suspected he had coronavirus. The man was finally admitted at the state-run Safdarjung Hospital. 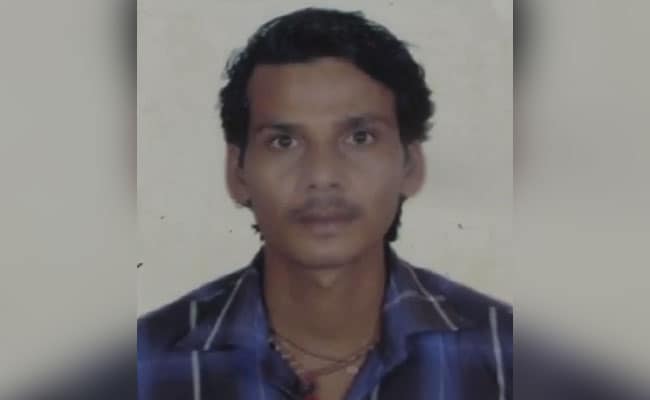 Sunil died in Delhi on April 14.

He died at the hospital on April 14; his COVID-19 test reports came out to be negative.

Sunil's family in Gorakhpur says that his landlord informed them about his illness when he was taken to the hospital. But when they tried to get in touch with him on mobile phone, they received no response.

On April 14, a policeman picked up his phone and told the family he had died.

The cop also asked them if they could make arrangements to come to the national capital, and take the body back to their village in UP.

Sunil's wife, Poonam, who has to now take care of their five children alone, said that she tried talking to the village head to make arrangement for the travel but all the attempts turned futile. Her youngest child is just one-year-old.

After exhausting all options, she asked the village head to request the Delhi Police to perform the last rites.

"I told them about my inability to travel. Trains are not running... we have no money to hire a car. I have young children, no land and no one to make ends meet," a distraught Poonam recalled.

According to the Delhi Police, they have not yet performed the last rites as they are awaiting a written consent from the family through the state government.

In Gorakhpur, the village head - Chandra Shekhar - told NDTV that the wife has signed on a consent form and this would be relayed to the Delhi Police soon.

The family lives in a hut, has no ration card. The state government has now promised help. "A senior government official visited the family . He told me to facilitate the process of getting a ration card, widow pension for Poonam, and a pucca house for these people at the earliest," Chandra Shekhar said.