The Bengal BJP said that the TMC had no right to criticise the Centre's decision as its government had "failed to tackle the COVID-19 situation" in West Bengal. 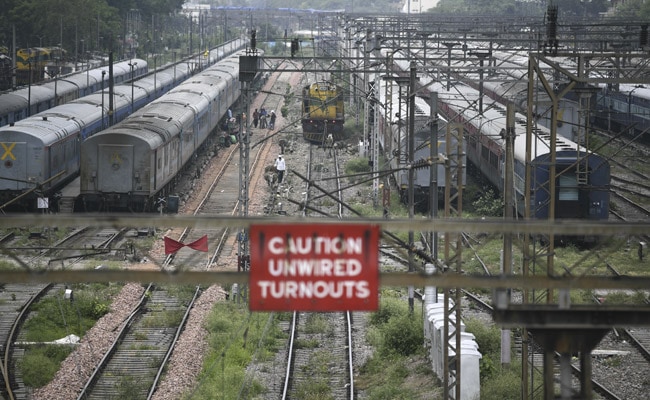 All passenger trains were suspended since the imposition of the lockdown in March. (Representational)

Accusing the Union government of "doublespeak" over lockdown enforcement, the Trinamool Congress (TMC) on Monday came down heavily on the BJP-led Centre for its decision to resume passenger train services.

The state unit of the BJP, however, was quick to retort, saying that the TMC had no right to criticise the Centre's decision as its government had "failed to tackle the COVID-19 situation" in West Bengal.

Indian Railways had on Sunday announced that it will gradually restart passenger train operations from May 12, initially with 15 pairs of trains.

All passenger train services were suspended since the imposition of the lockdown in March.

Denouncing the decision, TMC MP Santanu Sen said the Centre, on one hand, delivers sermons on stricter enforcement of the lockdown in states, and, on the other, it takes steps to dilute the restrictions.

"The Union government should explain the reason behind its doublespeak. The move to allow resumption of passenger train services reflects its indecisiveness," the senior TMC leader said.

Echoing him, state minister and Kolkata Mayor Firhad Hakim claimed that the decision would enhance the risk of virus transmission.

"At this critical phase, resumption of train services would increase the risk of virus transmission. The Centre is taking absurd decisions. It is clueless about what to do and Mr what not to..." Mr Hakim said.

Slamming the TMC government over alleged mishandling of the COVID-19 situation in Bengal, state BJP chief Dilip Ghosh said the leaders of the ruling dispensation should refrain from making such remarks, having failed to address the woes of migrant labourers stuck outside.

"The state government has done little to address the problems of the migrants workers stuck outside. It has also not done enough to properly implement the lockdown norms in Bengal," he added.