Little Danish, his parents and his uncle's family were travelling together from Delhi to Jamui in Bihar - one of the many groups of migrants on the move after losing their jobs because of the lockdown. 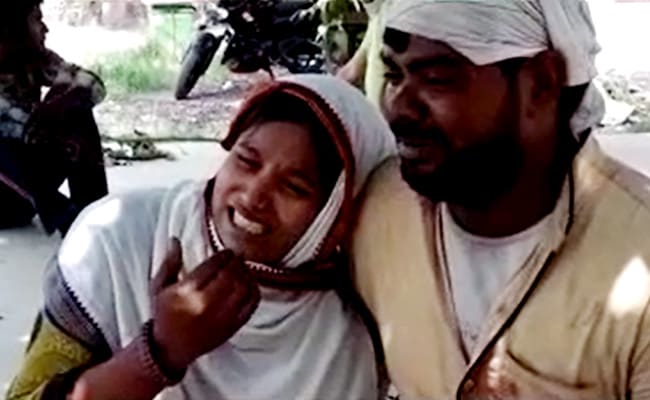 Danish's mother screamed in agony at the site of his motionless body.

A 10-year-old boy and his uncle died when their motorbike was rammed by a truck on the highway in Bihar this morning. The two were part of a family of seven travelling on two bikes in their desperation to reach home amid the lockdown, extended for the fourth time on Sunday.

Little Danish, his parents and his uncle's family were travelling together from Delhi to Jamui in Bihar - one of the many groups of migrants on the move, walking, cycling or riding in trucks to get home after losing their jobs because of the nationwide lockdown.

Just a few hours short of their destination, in Gopalganj, a truck hit both the bikes.

Danish and his uncle Amjad died on the spot. His little sister is in hospital, and so are Amjad's children.

Danish's mother screamed in agony at the site of his motionless body.

"We got no help from the government in Delhi, the entire family decided to set out on bikes," said Danish's father Alam.

At the hospital, Alam wept, looking at his son's photo on his mobile. "If I got even a few minutes late from work he would keep calling me, asking 'Papa, when you come home, we will eat'. Who will say that to me now..."

The truck was speeding and hit the group at 9 am this morning, said Rakesh Kumar Singh, a police officer in Gopalganj.

The family, which started its long journey on Saturday, had already travelled 1,300 km and was just about 300 km from their destination.

Several migrants have been killed in road accidents over the past few weeks as they travelled on the highway covering thousands of km.

Twenty-four migrant workers died on Saturday when a trailer truck carrying sacks of lime along with 43 people rammed a stationary truck that also had many sitting in it near a roadside eatery in Uttar Pradesh.