A 31-year-old man in the Lohit district of Arunachal Pradesh who had tested positive for coronavirus after attending the Islamic congregation in Delhi's Nizamuddin last month was discharged on April 17 and the infection appears not to have spread any further. 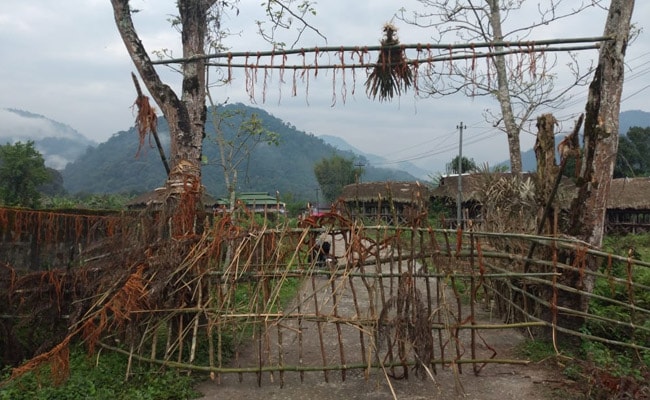 After the state's only coronavirus patient was released from hospital last week and no new cases reported since, Arunachal Pradesh has become the only other state besides Goa and Manipur in India to successfully fight back COVID-19.

A 31-year-old man in the Lohit district of Arunachal Pradesh who had tested positive for coronavirus after attending the Islamic congregation in Delhi's Nizamuddin last month was discharged on April 17 and the infection appears not to have spread any further.

Authorities say this was possible because of the dedication of the doctors and front line health workers and a rigid quarantine regime practiced by the indigenous tribal groups wherever there is an outbreak of a disease.

"Our first and the only COVID-19 positive case was reported from Lohit district, far off from capital Itanagar. We have been able to cure the patient at the district hospital since our medical team was ready. We were prepared. We had sealed our inter-state borders," Arunachal Pradesh Chief Secretary Naresh Kumar told NDTV.

"Even today, as we don't have any COVID-positive case, we keep strongest vigil on our inter-state borders. We are following a very strong sanitisation protocol. But there was also the challenge of keeping the local population away from the virus. Here, the indigenous tribal quarantine practice was very helpful," he added.

According to senior government officers, the tribal groups in Arunachal Pradesh implemented their own customary rituals, equivalent to a lockdown much before the first positive case emerged.

"The idea of staying in quarantine and maintaining the quarantine rules religiously is ingrained in the society in our state. Thus, the society as a whole became part of this effort to keep the virus away. This has been a major factor in our fight against COVID 19," Mr Kumar added.

While close to 12,000 people were quarantined in Arunachal Pradesh since the nationwide lockdown began, over 10,000 have finished their 14-day quarantine in the state till Tuesday. The state has tested 439 samples of which 34 results are awaited, government sources said.