Business Worth Rs 5 Lakh Crore Affected Due To Coronavirus: Centre

The tourism ministry said that as much as 70 per cent of the industry had been hit in this calendar year, when half of the summer is gone, a source privy to the meeting said. 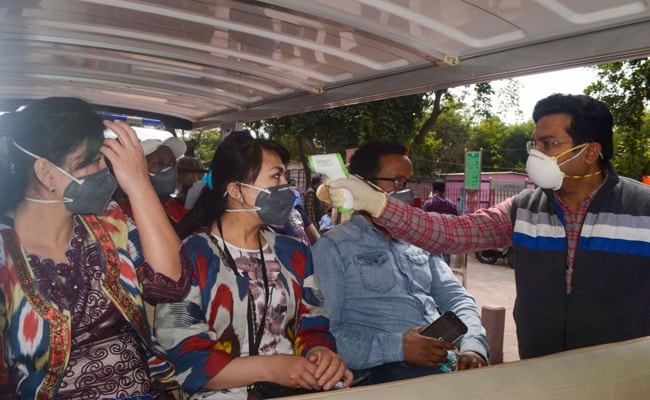 The Ministry of Tourism has informed a Parliamentary standing committee that novel coronavirus outbreak has affected business worth Rs 5 lakh crore in the tourism sector, sources said on Wednesday.

The meeting was held by the Parliamentary Committee on Transport, Tourism and Culture on the preparedness of COVID-19 and officials from the railways, tourism and aviation ministries gave presentations on the steps taken by them to deal with the issue.

The tourism ministry represented by the secretary, Director General Tourism and Additional Director General, gave a detailed presentation in which they said that as much as 70 per cent of the industry had been hit in this calendar year, when half of the summer is gone, a source privy to the meeting said.

It was also pointed out in the presentation that 95 per cent of the small and medium scale industries were hit hard by coronavirus and that they had cash reserve for only 20-25 days, following which they will shut down.

"This will lead to mass unemployment with 2.5 crore direct employees and 2 crore people indirectly losing jobs. If their families are taken into account, then up to 20 crore Indians will be impacted because of this job loss," the officials said.

Several members of the panel suggested the formation of immediate plans for the tourism industry.

A leader of a prominent opposition party suggested that just like Prime Minister Narendra Modi addressed the South Asian Association for Regional Cooperation (SAARC) countries via video conferencing, he should do the same with state chief ministers, especially on health and tourism.

Another member suggested that the government should cone out with a bailout package for the tourism sector.

The tourism ministry is expected to be badly hit with severe restriction on the entry of foreign tourists from many countries.

The ministry has also shut down all its monuments and museums, which has also resulted in major loss in revenue.

Coronavirus In IndiaCoronavirusMinistry of Tourism