Himachal Pradesh COVID-19: On Monday, the state government decided to impose night curfew in Shimla, Mandi, Kullu and Kangra districts from 8 pm to 6 am. The decision was among the many taken on Monday after an entire village in Lahaul-Spiti district tested positive for coronavirus. 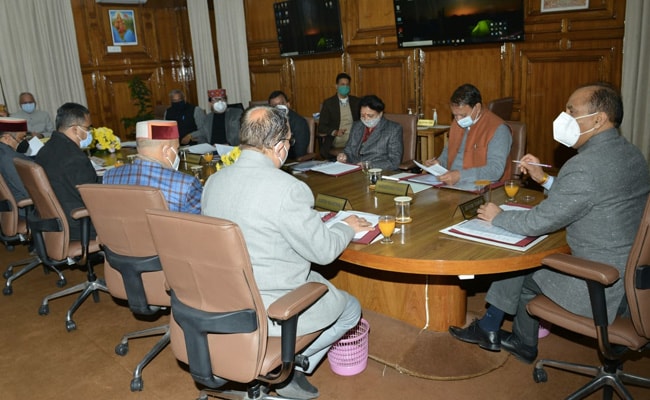 The Himachal Pradesh government has decided to impose restrictions on gatherings and movement, including night curfew till December 15, in view of rising COVID-19 infections and deaths in the state.

On Monday, the Himachal Pradesh cabinet, headed by Chief Minister Jai Ram Thakur, decided to impose a night curfew in Shimla, Mandi, Kullu and Kangra districts from 8 pm to 6 am for everyone barring those involved in discharging essential services.

Schools have been directed to remain closed till December 31, but online classes would start from November 26. In view of the pandemic, students of classes 1 to 4, and classes 6 and 7, would be promoted as per provision of the Right to Education Act-2009.

Final examination for classes 5, 8, 9 and 11 would be conducted for all schools in March next year. Board exams for classes 10 and 12 would also be conducted at the same time with 30 per cent relaxation in state board syllabus.

All political rallies, and even public grievance redressal meetings - Jan Manch - have been suspended. All government offices have been directed to operate with 50 per cent manpower, on rotation, till December end.

No more than 200 people can be allowed to gather for outdoor functions, and social distancing would be a must. Even elections to four municipal corporations would now be held in March-April next year.

The fine for not wearing a mask in public places has also been increased to Rs 1,000.

The importance of Covid-safe behaviour, such as wearing masks and social distancing, was underlined when a Himachal man succeeded in avoiding COVID-19 even when his entire village in Lahaul-Spiti district tested positive.

"The main reason that I tested negative was that I use a mask and sanitizer and maintain social distancing," said 52-year-old Bhushan Thakur in Thorang village.

Himachal Pradesh has recorded a total of 34,327 coronavirus cases with 537 deaths, so far.

Though these figures are among the lowest in India, the state has seen a 72 per cent rise in Covid-related fatalities in November till now - highest in the country - shows data analysed by NDTV.

Himachal Pradesh is also among the top 5 states with the highest percentage rise in active cases in November - 143 per cent with an addition of 4,143 coronavirus infections so far this month.

Alarmed by the rise in active cases, the Central government has also deputed high-level teams of experts to Himachal Pradesh, besides Uttar Pradesh and Punjab.

Earlier, high-level teams were sent to Haryana, Rajasthan, Gujarat, Manipur and Chhattisgarh. Some of these states have also imposed night curfew, while the others have urged people to follow norms failing which partial lockdowns could be imposed.

Though India's overall coronavirus numbers have been falling steadily since the September surge, some smaller states have seen an unusual rise in daily cases and deaths.

India's coronavirus tally has surged past the 91-lakh mark today with COVID-19 having claimed more than 1.3 lakh lives till now.