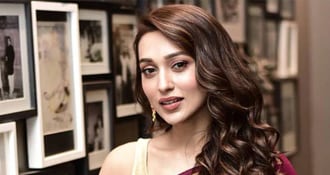 Trinamool Congress MP Mimi Chakraborty - who four days ago was tricked into taking a fake Covid vaccine shot by a man masquerading as an IAS officer - fell ill Saturday, according to a report by PTI.

The report said the doctor who attended to Ms Chakraborty - the Lok Sabha representative from Bengal's Jadavpur - said it was too early to link her illness to the fake vaccine.

Sources close to her family told PTI Ms Chakraborty suffered dehydration and a stomach ache, and that her blood pressure had dipped. She is, however, in stable condition now, they added.

The actress-politician was previously diagnosed with gall bladder and liver-related ailments.

On Wednesday, Debanjan Deb - who allegedly pretended to be an IAS officer and supervised thousands of vaccinations in Kolkata - was arrested.

This was after Ms Chakraborty was administered a 'vaccine' at one of his 'camps'.

The Trinamool leader said she agreed to attend Deb's 'camp' - which he claimed was being organised by the Kolkata Municipal Corporation - and get vaccinated to encourage people to get the shot.

She said she became suspicious after failing to receive a confirmation message from CoWIN - the centre's digital vaccination portal that tracks and certifies every vaccination in the country.

Police have said Deb injected people with an antibiotic - Amikacin - instead of the vaccine and without checking if they were allergic to any particular drugs; an adverse reaction could have proved fatal.

Debanjan Deb may now be charged with attempt to murder - a charge called for by Chief Minister Mamata Banerjee, who instructed the Kolkata Police Commissioner to hunt down all involved.

Three others have been arrested as well - two for forging signatures to open bank accounts, and a third for taking an active part in the vaccination camps. All three will be produced in court today.

Pointing to photos of Deb with Trinamool leaders, the opposition BJP has called for a CBI probe.

A similar scam was unearthed in Mumbai, where around 2,000 people were apparently given saline, or salt water, instead of Covid vaccines. Ten people have been arrested and multiple cases filed.

Why A Delhi BJP MP Showed Up At Parliament With Liquor