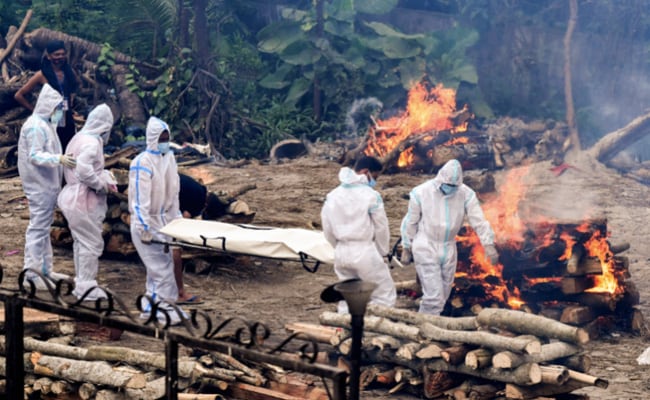 More than 4.76 lakh people have, officially, died of COVID-19 in India (File)

The Supreme Court on Friday pulled up the Kerala, Rajasthan, and Maharashtra governments over delays in compensating the families of those who died because of COVID-19. The court also issued notice to the Chhattisgarh, Karnataka, and Delhi governments, seeking additional data on the subject.

In October the court approved the payment of Rs 50,000 to the families of those who died due to Covid; this was to be paid over amounts paid by centre and state under various schemes.

Justice MR Shah and Justice BV Nagarathna slammed the "sorry state of affairs" in Kerala, and said: "As a welfare state it is their duty to pay compensation to people who have already suffered."

The Pinarayi Vijayan government has been directed to pay the remaining claimants within a week.

Kerala has reported nearly 44,000 Covid-related deaths so far. 10,778 claims have been received so far but only 548 have been paid out.

On Rajasthan, the Supreme Court demanded to know if the state was trying to "suppress" the number of Covid deaths. The state was questioned on relying solely on its own data.

"Who will believe that in the whole of Rajasthan only 8,955 died?" Justice Shah asked, "You cannot even tell us how many applications you received. It means you are trying to suppress something."

The Ashok Gehlot government has been told to file data on claims received and, like Kerala, verify and pay out those claims in seven days.

Officially, Rajasthan, which has a population of around 6.8 crore, has reported only 8,959 Covid deaths. The state has no data on compensation claims received, but has paid out 8,577 families.

The court also hauled up Maharashtra for not following earlier orders on speedy disbursal of claims.

The Uddhav Thackeray government has been warned to make remaining payments in a week, failing which "very strict action" will be taken, the court said.

The worst-hit state by the pandemic, Maharashtra has reported over 1.4 lakh deaths so far. It has received 1.09 lakh claims and paid compensation to only 8,000 of them.

To identify claims, anyone dying within 30 days of testing positive for Covid is counted, no matter what the immediate cause of death was.

Even suicide by a Covid patient - within 30 days of being detected positive - counts as a Covid death.

This is different from the rules of official data compilation for Covid, in which the time frame is 25 days and suicides are not counted as Covid deaths. The time frame was extended and tweaks were made after the Supreme Court said it wanted the benefit of compensation to reach more people.

Earlier this month an irate top court lashed out at several state governments, including Bengal, Rajasthan and Maharashtra, and urged them to ensure wider publicity for compensation offers.