Coronavirus lockdown: "All states and Union Territories should designate nodal authorities and make necessary arrangements for receiving and sending such stranded persons," the Home Ministry said in the revised SOP 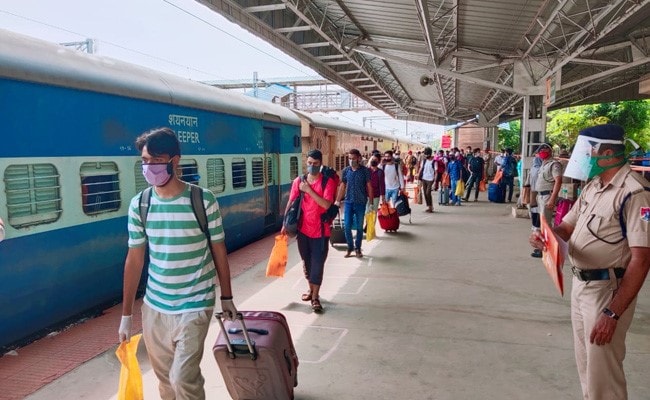 The centre today issued a new standard operating protocol (SOP) to send home migrant workers between states. It has done away with state consent clause in its revised SOP. While issuing the revised SOP, Union Home Secretary Ajay Bhalla said for running Shramik special trains, permission will be given by the Railway Ministry in consultation with the Home Ministry.

"All states and Union Territories should designate nodal authorities and make necessary arrangements for receiving and sending such stranded persons," the Home Ministry said in the revised SOP.

However, the guidelines issued by Railway Ministry on May 2 for the Shramik special trains said: "The consent of receiving state shall be obtained by originating state and a copy provided to Railways before departure of train".

But now the implications of the new SOP are that no consent of the receiving state is mandatory. "Consent of terminating state is not necessary to run Shramik special trains," railway spokesperson Rajesh Bajpai said.

The issue is likely to turn into a confrontation between states and the centre as in the last few days many states had asked the centre not to send trains to their states due to rising coronavirus cases.

Goa has already asked the Home Ministry not to allow trains directly between Delhi and Margao. The Goa Chief Minister, however, did not have any issue with Delhi-Trivandrum Rajdhani, which also stops in Margao.

"During the weekend more than 400 migrants came back to Goa of which two dozen tested positive. The numbers will grow, Goa thinks, and sent us a request," a senior official in North Block said.

A week ago, Home Minister Amit Shah had written to West Bengal Chief Minister Mamata Banerjee, saying her state was not allowing movement of Shramik trains. The centre has asked states to put in more requests to run Shramik trains. But the states were seen to be hesitant.

The new SOP says states and UTs that are sending migrants should ensure that all passengers are screened for coronavirus, and only asymptomatic passengers are allowed to board trains.

Vistara To Operate Flights Between Delhi, Paris From November 7