"Won't Stall House Unless...": What Congress Will Raise In Parliament's Winter Session

For the Winter Session of Parliament that begins on Wednesday, the Congress has decided to keep focus on price-rise and joblessness, the China border dispute, and the recent confrontation of the Centre with the Supreme Court over the collegium system of judges' appointment.

The session which begins a day before crucial poll results in Himachal Pradesh and Gujarat — and will last until December 29 — may not see much attendance by Rahul Gandhi and some other leaders who are with him on the 'Bharat Jodo Yatra', currently moving from central to northern India.

But the list of issues is ready, sources told NDTV today, after a meeting of the party's Strategy Group led by Sonia Gandhi and attended by party chief Mallikarjun Kharge.

It includes demanding a legal guarantee for Minimum Support Price (MSP) for farm produce. This furthers a prime demand of the 2020-21 farmers' protest that had forced Narendra Modi's government to reverse three laws on corporatisation of farming.

The Congress is also finalising a nuanced stance on how to approach the 10 per cent quota for Economically Weaker Sections, which was recently upheld by Supreme Court, sources further said. Though the Congress has so far been fine with how it is, the eligibility norms have become a matter of debate among many circles — particularly the exclusion of communities that are eligible for other quotas on caste or tribal basis.

In the immediate, the party will question the government over the recent cyber-terror attack on the country's premier medical institution, the AIIMS in Delhi, sources said.

"We will not stall the House unless it becomes necessary," a source said, when asked about walkouts or disruptions being part of its strategy. 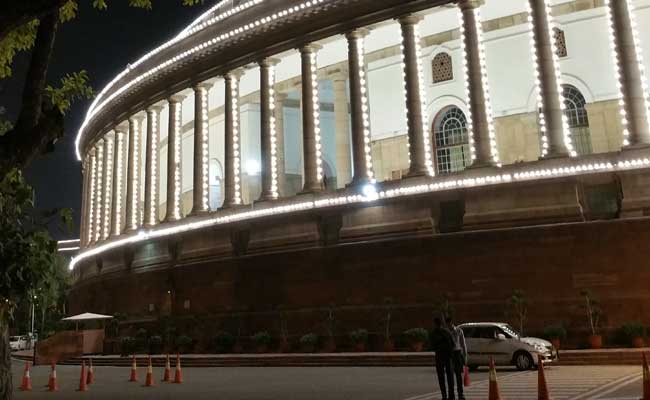 The session will be held in the existing Parliament building, and not in the new one that was expected to be ready by now. The session also had to be delayed by a month due to the Gujarat poll schedule.

For the Congress, there remains one more question: Who will be its Leader of the Opposition in the Rajya Sabha as Mallikarjun Kharge, now the party's national president, had resigned as per the party's one-person-one-post norm.

He may even be exempted from that norm and remain the leader, at least for this session, sources have told NDTV. P Chidambaram and Digvijaya Singh are alternatives on the table.

The government plans to introduce 16 new Bills during the session, including one that seeks to reform the electoral process in cooperative societies.