According to sources, senior party leaders held deliberations with state Congress leaders including pradesh Congress committee chiefs for finalising state-level alliances with other parties to put up a united fight against the BJP. 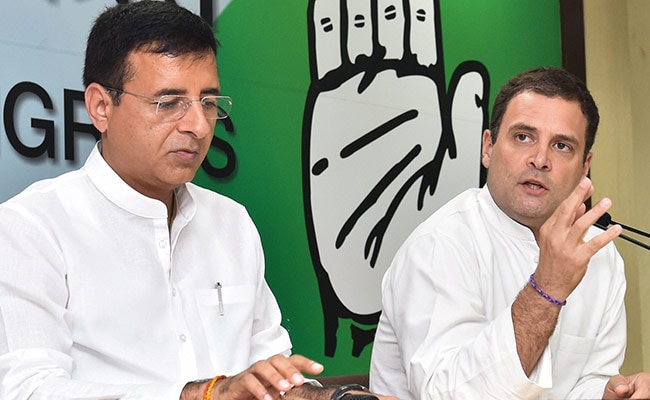 Top Congress leaders on Tuesday held discussions with the party's state leadership in Rajasthan, Telangana, Tamil Nadu and Kerala over possible alliances with like-minded parties in the run-up to the 2019 general elections.

Of these four states, Assembly elections are slated to be held in Rajasthan and Telangana later this year. According to sources, senior party leaders held deliberations with state Congress leaders including pradesh Congress committee chiefs for finalising state-level alliances with other parties to put up a united fight against the BJP.

Leaders from these states expressed views about possible winning combinations in their states and urged the top Congress leadership to hold parleys with such parties, sources said.

The Congress is seeking to form alliance in each state to unitedly fight the BJP in the next general elections. Sources said the state Congress leaders gave their preferences to the top party leaders. A group of top leaders, that include Ahmed Patel, AK Antony, Ghulam Nabi Azad and Ashok Gehlot, are holding such discussions with state party leaders. On Monday, the panel held deliberations with Congress leaders from Madhya Pradesh, Chhattisgarh, Bihar, Karnataka, Odisha, Jharkhand and Maharashtra.

Meanwhile, the party's publicity committee headed by former Union minister Anand Sharma also held deliberations with leaders on Monday to chalk out a campaign and come up with slogans that resonate with the masses.

The Congress is going all out to defeat the BJP in 2019 and has stepped up its offensive against the Narendra Modi government. The party has also launched a major offensive on social media and intensified its efforts to "expose" the government over its "failures" and "corruption". Sources said the Congress is now coining slogans and raising issues that can help it build a rapport with the public to win the 2019 Lok Sabha elections.