Congress leader KC Venugopal said, "The party will be completely rebuilt. It intends to go with a comprehensive re-organization. A lot of guidelines are going to come. Each person will have a task." 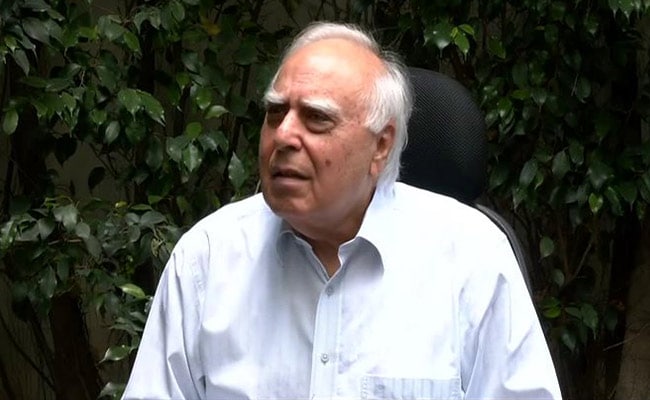 Kapil Sibal revealed today that he has quit the Congress party. (FILE)

Regarding former Union Minister Kapil Sibal quitting the Congress, party General Secretary KC Venugopal said that "people come and go from our party" and did not blame anyone for the move.

"He had already written a letter to the Party President. The letter says that he firmly believed in the values of Congress. He said nothing else. Let him state his position. Then I can say. The resignation letter is of a very high standard. People come and go from our party. This is a big party. Some may be leaving the party. May some going to other parties. I am not going to blame anybody who left the party. Congress has a vast space," Mr Venugopal said.

He added, "The party will be completely rebuilt. It intends to go with a comprehensive re-organization. A lot of guidelines are going to come. Each person will have a task."

"During this regime, the Central Government is using the CBI, intelligence and all other agencies to eliminate political opponents. They are working to eliminate other political parties by using vicious methods that have never been used by any government. It's hard to survive. But we have confidence. The Congress has the strength to overcome this. The Congress also has leaders for that. There will be temporary setbacks here and there. We will study the problems. The party will be strengthened and taken forward brilliantly," he said.

Mr Sibal revealed today that he has quit the Congress party, dropping a bombshell moments after filing his nomination papers for Rajya Sabha as an independent candidate supported by the Samajwadi Party.

"I had resigned from the Congress party on May 16," Kapil Sibal told reporters, slipping in information that had stayed concealed since the Congress "Chintan Shivir" or strategy meet a week ago.