"Whatever he has said to the young impressionable minds, I feel it does not behove the prime minister to say such things," Ashok Chavan said. 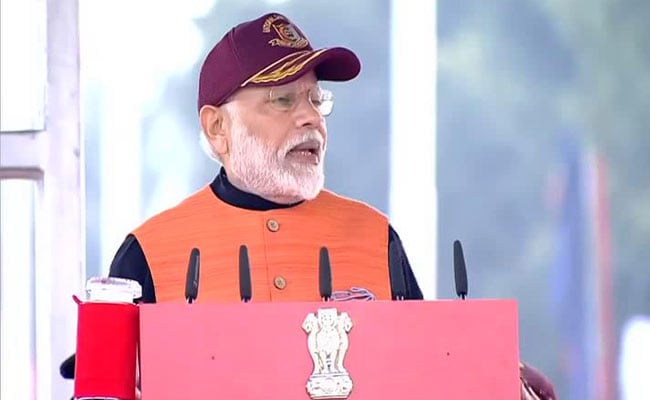 The Congress on Wednesday alleged that Prime Minister Narendra Modi has violated the poll code by addressing an NCC rally on Tuesday and urged the Election Commission to take note.

Congress leader Prithviraj Chavan said it does not behove the prime minister to make such remarks to impressionable minds while addressing the NCC rally in Delhi.

The Congress leader also raised questions over the credibility of the poll panel.

"We have got serious questions about the impartiality of the Election Commission," Mr Chavan told reporters.

On two BJP leaders who have been removed by the Election Commission from the list of star campaigners, he said, whatever BJP does, it is for the poll panel to take it up with the BJP leadership but we would like to raise the issue of prime minister's speech at the NCC rally.

"Election (campaign) is going on in Delhi and the prime minister's speech in the NCC rally, particularly to the young minds, I deplore that wholly and I request the Election Commission to take it up seriously. Just because he is the prime minister, he should not violate the rules. He cannot violate the guidelines of the Election Commission," he said.

Mr Chavan also welcomed the EC order against two BJP leaders, but remained critical of the prime minister's remarks at the NCC rally.

PM Modi had also said the Jammu and Kashmir problem had persisted since Independence with some families and political parties keeping issues in the region alive. This had resulted in terrorism thriving, he had said.

He had also slammed Pakistan and said it lost three wars but continues to wage proxy wars against India.