The world's top coal miner, which employs about 259,000 people, said it has written to government officials requesting about 1 million doses be made available for staff and their family members. 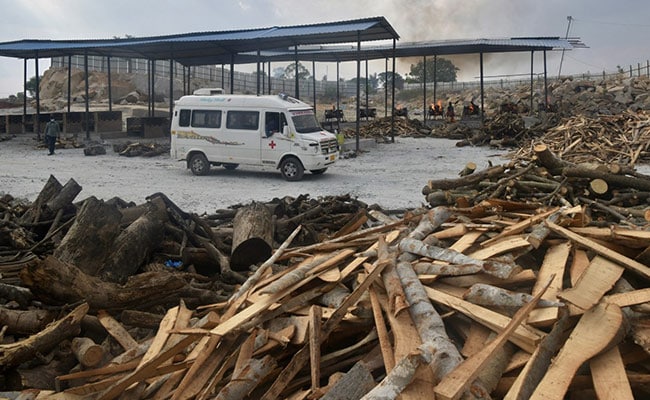 Work at mines continued even as deaths accelerated in the second wave that began around mid-February.

Coal India Ltd., one of the nation's biggest employers, has asked Prime Minister Narendra Modi's government to help accelerate the vaccination of its work force after the deaths of almost 400 staff from Covid-19.

The world's top coal miner, which employs about 259,000 people, said it has written to government officials requesting about 1 million doses be made available for staff and their family members. So far, some 64,000 employees -- about a quarter of the work force -- have been vaccinated, and the company is seeking to speed up the inoculation drive after unions pressed the case.

"The company should be looking at mass vaccination programs that cover all employees and their family members so that the damage can be arrested," said Sudhir Ghurde, general secretary at Akhil Bharatiya Khadan Mazdoor Sangh, one of the leading unions.

The plea for more shots comes as PM Modi's administration has come under intense criticism for the handling of India's deadly second virus wave and botched vaccine rollout. The country -- which has the second-highest number of Covid cases in the world -- has seen its health infrastructure break down over the past two months, with major cities running out of oxygen and hospitals flooded with patients.

India has suffered from a critical shortage of inoculations, leading some centers to close down as the country struggled to ramp up domestic production and procure doses internationally. In an effort to address the crisis, PM Modi announced free shots for all adults in a speech to the nation on Monday.

Coal mine employees have been on the front lines of the pandemic, working their shifts during lockdowns to make sure power plants don't run out of fuel that produces nearly 70% of India's electricity. Work at mines continued even as deaths accelerated in the second wave that began around mid-February.

Coal India said most of the casualties have occurred during the second wave. Although the situation has started to ease, the company is recruiting more medical staff on a temporary basis and investing in oxygen facilities to prepare for a possible resurgence of the disease. A total of nearly 6,000 workers have been infected, with more than 1,000 continuing to receive treatment, the company said.

While the pace of infections has been slowing recently, India has lost more than 351,000 citizens from Covid-19, according to the latest government data. The South Asian nation has administrated 239 million inoculations since the start of the world's biggest vaccination drive that began on Jan. 16, with 3.4% now fully immunized. At the current pace, it will take another 20 months to cover 75% of the population, according to the Bloomberg Vaccination Tracker.

The pandemic has hit some industries around the globe harder than others, such as meatpackers in the U.S. Yet India's coal industry doesn't pose some of the same dangers seen with businesses where workers are packed together in closed spaces. More than 90% of Coal India's output comes from open pit mines, where coal is blasted out of the ground and then loaded on dumpers with the help of large shovels.

Coal India said it has strictly followed safety protocols, such as ensuring that employees wear masks and maintain hygiene, and that equipment is sanitized regularly. The company's largest producing unit, South Eastern Coalfields Ltd., has seen the worst impact, accounting for nearly a third of the deaths.

Coal India has promised compensation of 1.5 million rupees ($20,600) to families of employees who died from the pandemic, as well as employment to one of the relatives.

The unions say more needs to be done to keep their workers safe, stressing the need for a ramp-up in vaccinations -- for family members as well as employees. More than 35,000 family members have received shots so far.

--With assistance from Bibhudatta Pradhan.