"Christchurch Call to Action", launched by France and New Zealand, aims at curbing the posting and spread of extremist violence and hate speech on the Internet. 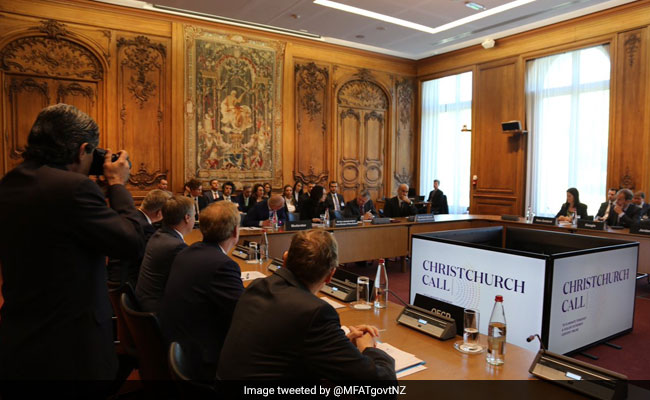 The meeting was chaired by Jacinda Ardern and French President Emmanuel Macron.

In a bid to join the global fight against violent extremist content, India joined an initiative that calls for action to eliminate such content online.

"Christchurch Call to Action", launched by France and New Zealand, aims at curbing the posting and spread of extremist violence and hate speech on the Internet, looking to stop the use of social media as a tool for terrorism.

The decision came after a gunman killed 51 people at two mosques in New Zealand's Christchurch in March while broadcasting his rampage live on Facebook via a head-mounted camera.

"The call is a roadmap to action," New Zealand Prime Minister Jacinda Ardern had said at a press conference in Paris where the announcement was made. The meeting was chaired by Ms Ardern and French President Emmanuel Macron. 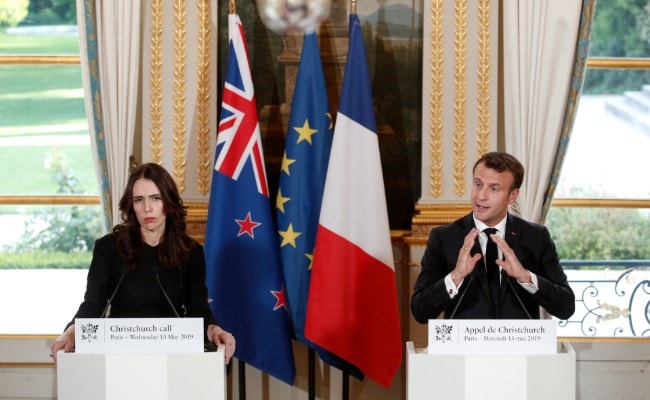 "For the first time, governments, international organisations, companies and digital agencies have agreed on a series of measures and a long-term collaboration to make the internet safer," Mr Macron's office said in a statement.

However, USA announced that it will not be part of the initiative for now.

"Washington will not join for now, even though "we continue to support the overall goals reflected," the White House said in a statement.

On the eve of the Paris meeting, Facebook announced it had tightened live streaming rules and would ban Facebook Live users who shared extremist content and reinforce its internal controls to stop the spread of offensive videos.

The video of the Christchurch shooting appeared designed to go viral leading to criticism for Facebook. Post the backlash, the company added hundreds of employees to screen for violence.

India was represented at the Paris meet by Ajay Prakash Sawhney, Secretary to the Government of India.

Voices for Action: NZ PM Jacinda Ardern meets with civil society leaders. A free, open and safe internet must be the basis for any discussion to eliminate terrorist and violent extremist content online. #ChristchurchCallpic.twitter.com/zUUh1tqrUo

In the meeting, individual countries and major tech companies committed to work together on implementation of several policies to make internet a safe place.

The expected challenge will be to maintain commercial sensitivity while tackling the coded language that extremists use to avoid detection.