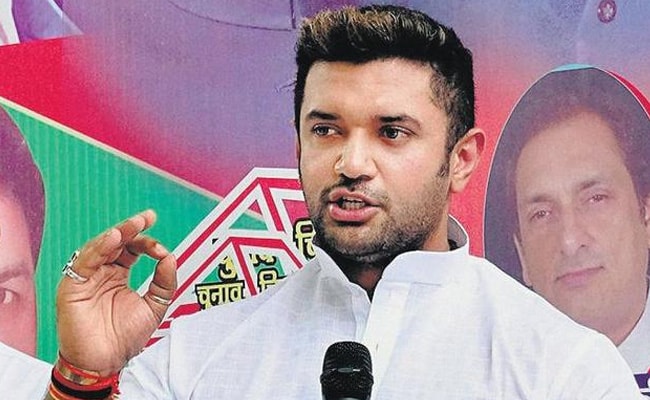 The Lok Janshakti Party on Thursday joined the opposition in attacking the Bihar government over the collapse of a road in floods, saying it raises questions on the claim of "zero corruption", and demanded action against the "guilty".

The state government has insisted that it is an approach road to a new bridge connecting Gopalganj to East Champaran that has been washed away, and not the bridge itself as alleged by opposition leaders like Rashtriya Janata Dal's Tejashwi Yadav.

"Part of a bridge built at the cost of Rs 264 crore has collapsed today. Any work done with public money should be carried out maintaining quality standards. Incidents like this raise questions in the public eye over zero corruption. The LJP demands a high-level probe to punish the guilty quickly," he said.

His tweet is seen as yet another instance of Mr Paswan criticising Mr Kumar's government in which the BJP is a partner.

Though the LJP is a Bharatiya Janata Party ally, it is not a part of the Bihar government led by Janata Dal (United) chief Mr Kumar.

Sharing an image of the caved-in portion of the road on his Twitter handle, leader of the opposition Tejashwi Yadav demanded resignation of Mr Kumar, who had inaugurated the Sattarghat bridge on June 16.

The Bihar government, however, quickly came out with a clarification that it was not the bridge itself that had collapsed.

The state's Road Construction Department issued a statement, saying the caved-in portion of the road was situated "two kilometres away from the bridge" and that it was the approach route for an 18-metre-long causeway that leads to the Sattarghat bridge.

Incidentally, the department is a part of the ministerial portfolio of senior BJP leader Nand Kishore Yadav in the state government.

While Paswan has been taking swipes at Mr Kumar, he has mostly refrained from targeting the BJP.