Chinese Soldier Who Fought In Galwan Is Torchbearer In Beijing Olympics

After the violent faceoff in Galwan valley in June 2020, several rounds of military and diplomatic talks have been held but largely they have ended in a stalemate. 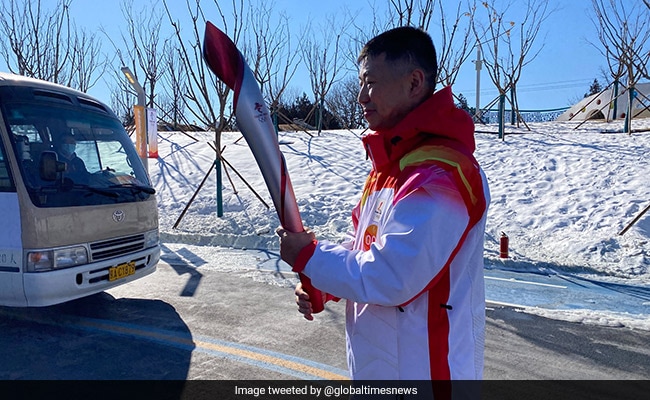 Qi Fabao is a regiment commander for the People's Liberation Army

A Chinese soldier involved in the Galwan Valley clash in Eastern Ladakh took part in the traditional torch relay of the Beijing Winter Olympics on Wednesday, a move that many would consider a provocation against India.

Qi Fabao, a regiment commander for the People's Liberation Army, was among the Chinese soldiers involved in the high-altitude clash, the worst since the 1962 war.

China's Global Times state media outlet feted Qi -- who sustained a serious head injury during the fighting -- as a "hero" after reporting his inclusion among the Games' 1,200 torchbearers.

Qi appeared on Chinese state broadcaster CCTV in December and said he was "ready to return to the battlefield and fight again".

After the violent faceoff in Galwan valley in June 2020, several rounds of military and diplomatic talks have been held but largely they have ended in a stalemate.

Disengagement at some border points did take place but by and large, there is an impasse on complete disengagement. Disengagement at Depsang and Hot Springs remains a key sticky point. There is still a huge build-up of forces on each side of eastern Ladakh even during the harsh winter.

Satellite images from July last year confirmed the disengagement of Indian and Chinese soldiers from the Galwan clash site by 2 km on either side. This took place after special representative-level talks between National Security Adviser Ajit Doval and China's Foreign Minister Wang Yi.