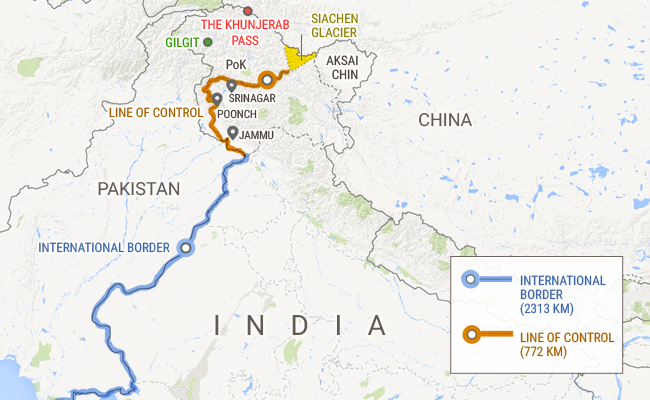 New Delhi: China's official news agency, Xinhua, has referred to a part of Pakistan-Occupied Kashmir (PoK) as "Pakistan", a move that is likely to provoke a strong reaction from India.

In a story released on Tuesday, Xinhua, which is state-run, described the "Khunjerab Pass on the China-Pakistan border" as a strategic point "which links China's Xinjiang with Pakistan's Gilgit-Baltistan region."

Four years ago, a similar statement by the Chinese government led to an official protest by India, forcing Beijing to withdraw it.

India considers Gilgit-Baltistan a part of Pakistan-Occupied Kashmir. China has said that it will not take sides in the territorial dispute between India and Pakistan.

The Pass is a critical link between Xinjiang in China and Pakistan-Occupied Kashmir. Recently, there has been a growing Chinese military presence in the region and an impetus of infrastructure projects.