A tunnel was dug through on Saturday morning, marking the completion of major construction of the 67.22-km road connecting Pad Township in the city of Nyingchi and Medog County, cutting travel time by eight hours. 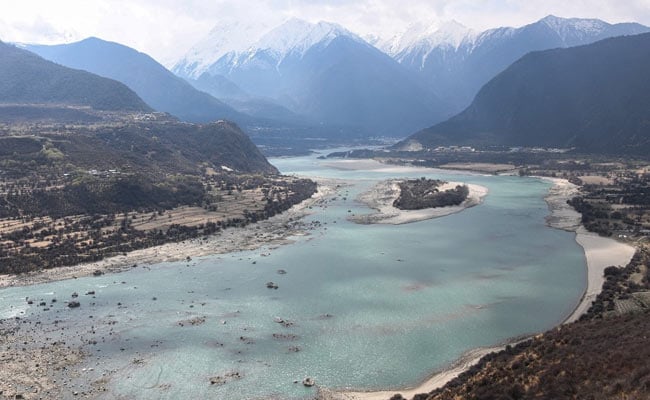 The mighty Brahmaputra river is known as Yarlung Zangbo in Tibet.

China has completed the construction of a strategic highway through the Brahmaputra Canyon, stated to be the world's deepest, close to the Arunachal Pradesh border ahead of its plan to build a mega-dam over the gorge.

Construction of a highway costing USD 310 million passing through the Yarlung Zangbo Grand Canyon, known as the world's deepest gorge with a maximum depth of 6,009 meters, was completed on Saturday last, state-run Xinhua news agency reported.

The mighty Brahmaputra river is known as Yarlung Zangbo in Tibet.

A 2,114-meter tunnel was dug through on Saturday morning, marking the completion of the major construction of the 67.22-km road connecting Pad Township in the city of Nyingchi and Medog County, cutting travel time by eight hours.

Medog is the last county in Tibet, which is located close to the Arunachal Pradesh border.

The new highway was built on the former hiking route between Nyingchi's Pad Township and Baibung Township, Medog County, with an altitude difference of up to 2,892 meters between the highest and lowest spots of the road, the report said.

It is the second significant passageway to Medog, following the first one connecting the county and Zhamog Township, Bomi County. After the new highway opens to traffic, the road length connecting the city proper of Nyingchi and Medog County will be shortened to 180 kms from 346 kms, cutting travel time by eight hours.

The highway project was started in 2014, with an estimated investment of over 2 billion yuan, about USD 310 million, it said.

China has already cleared a plan to build a mega-dam over Brahmaputra Canyon by the country's Parliament, the National People's Congress (NPC) in March this year, sparking concerns in India.

A recent report by the Hong Kong-based South China Morning Post said engineers have also expressed concern about the threats posed by landslides and barrier lakes to the dam.

The Brahmaputra is the longest river in Tibet and its valley is the world's deepest with a 7,000-metre drop from the highest mountain peak to the lowest basin.