At the age of 30, Ms Wickramanayake is the youngest member of the current UN Secretary General's Cabinet and the first female Youth Envoy. 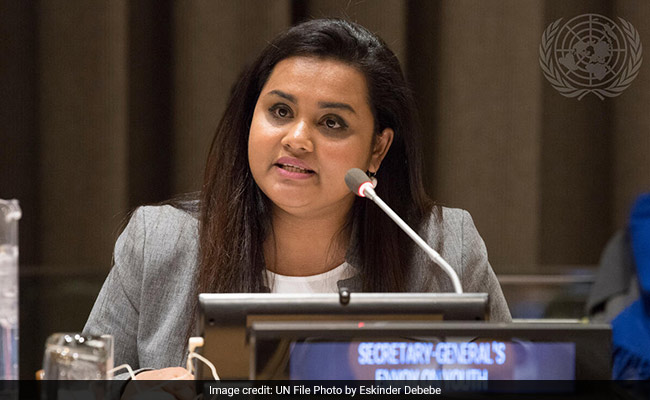 The global Covid pandemic has seen a rise child marriages, teenage pregnancies, and gender-based violence, with young girls facing the worst of the conditions, a UN envoy said today.

The medical crisis has also reversed years of progress made on the girls' education front, Jayathma Wickramanayake, the UN Secretary-General's Envoy on Youth, said.

"During the pandemic, 6.1 billion people lacked access to the internet and, even now, 300 million people across the globe don't have access to online learning. For several parts of the world, it is a luxury," Ms Wickramanayake said.

"Two years into the pandemic, we have still not found a way to reintegrate these people. The biggest fear is about how it has impacted the lives of young girls. The number of child marriages and teenage pregnancies have increased. Gender-based violence has shot up," she told a group of journalists from around the world during a virtual address.

At the age of 30, Ms Wickramanayake is the youngest member of the current UN Secretary General's Cabinet and the first female Youth Envoy. She was appointed in June 2017, when she was only 26.

Delving further into the subject, she cited recent research done by the Malala Foundation to say that several refugee girls who had to drop out of schools during the pandemic never returned.

"The pandemic reversed years of progress in getting girls back to school. At the end of this week, we at the Office of the Secretary-General's Envoy on Youth and the Malala Foundation will talk to world leaders and will urge them to invest more in girls education," Ms Wickramanayake said.

There was also huge concern about young Afghan girls accessing safe spaces for education, according to her.

Ms Wickramanayake also highlighted the issues of cyber-bullying and misinformation during the pandemic.

"This is the most interconnected generation, but it also comes with a lot of challenges. There is rampant cyber-harassment and misinformation," she said.

In her role, Ms Wickramanayake works to expand engagement, participation, and advocacy efforts of youth across the four main pillars of the work of the United Nations: development, human rights, peace and security, and humanitarian action.