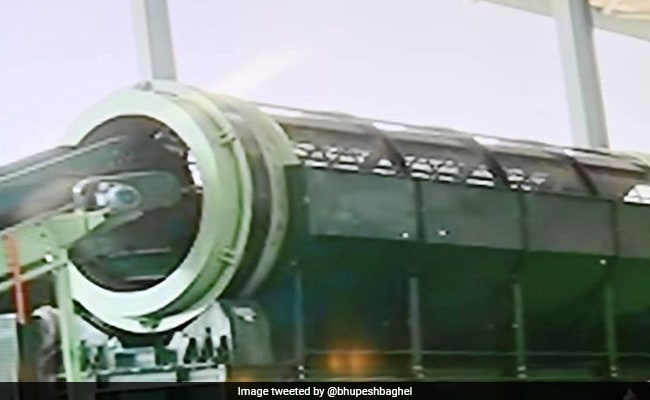 Inaugurating the facility via video conference from his official residence, Mr Baghel said the state government is committed to ensure scientific disposal of waste in all cities, a public relations
department official in Raipur said.

The plant, constructed at a cost of around Rs 127 crore, will be operated on public-private partnership (PPP) mode by the Raipur Municipal Corporation (RMC) and New Delhi-based private firm MSW Solution Ltd, he said.

In his address, Mr Baghel said with inauguration of the plant, Chhattisgarh has become the first state in the country, where 100 per cent of the waste collected in any city is disposed through scientific method, the official said.

During the coronavirus crisis, citizens, public representatives and workers in villages as well as cities have commendably fulfilled their duties and responsibilities. But the crisis has still not gone away hence we cannot compromise on precautions, he said.

At the newly set up plant, nearly 500 tons of waste will be disposed daily through scientific technique. The waste will be utilized to manufacture fertilizers and fuel for cement factories, the official said. Besides, generation of 6 MW electricity is also proposed at this facility, he added.