Chhattisgarh Man, 53, Charged With Sedition For "Rumours" On Power Cuts

Mangelal Agarwal was arrested and charged with sections 124A (for sedition) and 505/1/2 (propaganda against the government). 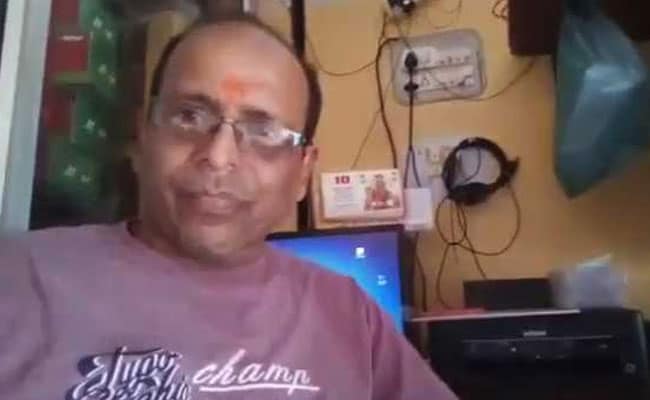 A 53-year-old man was arrested on the charges of sedition for allegedly spreading rumours over power cuts on social media in Chhattisgarh, police said.

Mangelal Agarwal, who is from Rajnandgaon district in Chhattisgarh, was arrested on Thursday evening. His crime - a social media video post alleging that the state government has colluded with an inverter manufacturer.

In the video, Agarwal can be heard saying, "The Chhattisgarh government has colluded with a company manufacturing inverter, for which the money has been given to the state government. According to the agreement, there will be a power cut for 10 to 15 minutes every hour or every 2 hours. As the duration and frequency of power cuts will increase so will the sales of the inverter."

This action was taken on the complaint of the Chhattisgarh State Power Holding Company Limited. The power company had lodged a complaint with the police that an unidentified man was deliberately spreading rumours and false information in a bid to tarnish the image of Chief Minister Bhupesh Baghel.

Agarwal was arrested and charged with sections 124A (for sedition) and 505/1/2 (propaganda against the government).

The ruling Congress has defended the action while BJP feels it's a step towards emergency.

Congress Spokesperson RP Singh said, "It is not a matter of speaking against power cuts, but it is a matter of defaming the government deliberately. If the arrested person has any evidence in support of his statement, he should have made it public. The BJP has been exposed today and it has also proved that the BJP is directly or indirectly behind those who spread rumors. BJP should apologize to the people of the state"

Former minister and BJP MLA Ajay Chandrakar said the government is trying to run away from failures by accusing BJP he also said "This is a step towards emergency. We will oppose it. We will fight for the people.