The Chhattisgarh government has declared the film tax-free in the state. 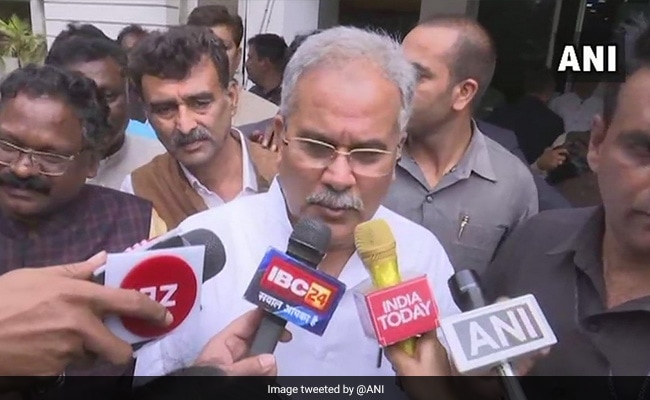 Slamming those calling for a boycott of the movie because of Ms Padukone's JNU visit to express solidarity with students after the January 5 violence, Mr Baghel said, "Those who are pro-Hitler cannot tolerate dissent."

"What is happening in this country? Is there any place for dissent? There is no place for disagreement and they can go to any extent. Deepika Padukone is an artiste. She just went and stood there (in JNU) did not speak a single word but she is being targeted. You can see to what level they can go to harm those opposing them," he said.

He said the question was not about an artiste but of the incidents (depicted in the movie) that are occurring in society.

"The important thing is what kind of lessons a society learns from such incidents," he said.

Taking a swipe at BJP and RSS, he said, "If anyone raises a voice against injustice, you cannot tolerate them and troll them. It shows your mentality."

He said the BJP government at the Centre could go to any extent to suppress dissent and accused then of using CBI, ED, IT-Department against those raising a voice against the ruling dispensation.

The Chhattisgarh government has declared the film tax-free in the state.