Chhath Puja 2021: Here's The Significance Of The Festival

Chhath Puja 2021: The four-day festival begins with Nahay Khaye, when people eat only after taking a holy bath. 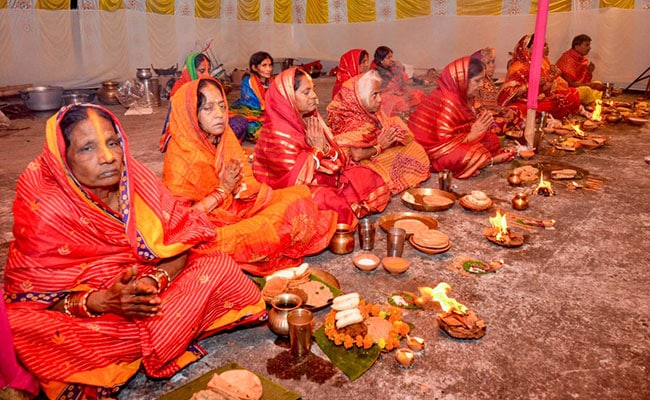 Chhath Puja is a significant festival in northern India.

Chhath Puja is a significant festival in northern India, primarily celebrated in Bihar, Jharkhand, and Uttar Pradesh. Devotees worship Surya Dev, the Hindu Sun God, during these four days. Women who perform Chhath Puja observe a fast and do not even consume water during this time. In this festival, the setting Sun is worshipped by offering arghya.

It is believed the Pandavas and Draupadi observed Chhath Puja to get back their lost kingdom. And Karna, the son of the Sun God, too, performed the puja. According to Hindu mythology, Karna was the king of Anga Desh, present-day Bhagalpur in Bihar. Devotees believe that by observing Chhath Puja, their wishes would be fulfilled.

The four-day festival begins with Nahay Khaye (when people eat only after taking a holy bath). On this day, people buy fruits and diyas (earthen lamps) for the puja, and clean the household. The fruits used in the puja are also symbolic of the harvest season.

The second day is Kharna. Devotees fast during the day and cook rice kheer with jaggery and rotis. This is then offered to Gods and then those fasting and everyone else eats it as prasad. This year, Kharna was observed on November 9.

On the third day, devotees gather around a river, pond, or other water bodies and offer arghya to the setting Sun. The sandhya arghya will be offered on November 10. The next morning, Chhath Puja concludes by offering arghya to the rising Sun. Devotees then eat prasad and break their long fast.