Charges Framed Against Man Who Cheated National Shooter Into Marriage

Tara Sahdev had filed an FIR with the Hindpiri police station in Ranchi in 2014 against Hassan. The case was handed to CBI in 2015. 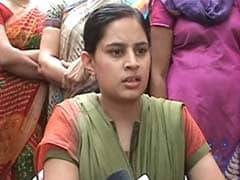 Tara Sahdev had alleged that she was beaten up when she resisted attempts to convert.

The court also framed charges against four others for allegedly helping Hassan.

The special CBI judge, Ajay Kumar Gudia, read out the charges against the accused in their presence on Friday.

The other accused against whom charges were framed are Raqibul's mother Kaushal Rani, former judge Pankaj Srivastav, the then judicial magistrate of Gaya Rajesh Prasad.

All the accused were charged with harbouring Hassan. The accused have denied the charges.

The court fixed August 23 to begin the process of recording statements of witnesses.

The charges were framed under IPC 120 B (criminal conspiracy) and 212 (harbouring an offender). The court separated another accused, Ajay Kumar, from the case while framing charges.

Kumar petitioned before the court seeking time as he has filed a criminal revision petition before the Jharkhand High Court and the matter may come up for hearing any day. The CBI court refused to give him time and separated his file from the case.

Tara Sahdev had filed an FIR with the Hindpiri police station in Ranchi in 2014 against Hassan. The case was handed to CBI in 2015.

On June 27, 2018, Principal Judge (Family Court) B K Gautam had granted the divorce plea by Tara Sahdev on the ground of false information and the subsequent domestic and physical violence.

The divorce petition was filed on January 6, 2017, on the ground that the marriage took place on the basis of false information about Ranjit Kohli alias Raqibul Hassan's religion, which subsequently led to alleged cruelty against Tara Sahdev by her husband, her counsel had told the family court.

The air rifle shooter had also alleged Hassan had put pressure on her to change her religion.

The issue allegedly to be a case of "love jihad" had hogged national attention about five years ago.

Considering its gravity the Union Home Ministry had sought a report on the matter then.