The former civil servants asked the Centre to drop the proposal which they said was "arbitrary, unreasonable and unconstitutional" as it interfered with the basic structure of the Constitution and can cause irreparable damage. 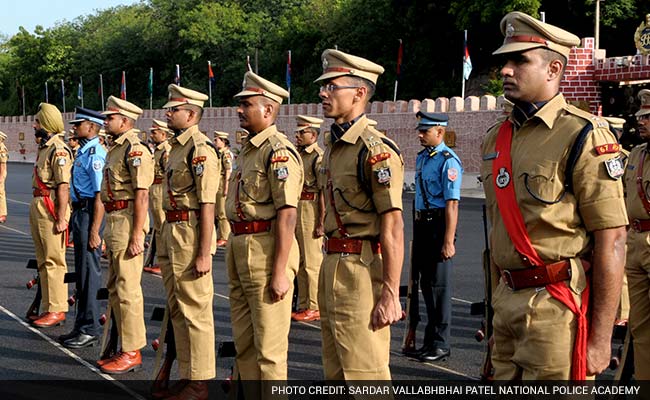 The proposed changes to the Indian Administrative Services and Indian Police Services cadre rules will allow greater scope for abuse of power by the Centre, a group of over 109 former civil servants said today, adding, the Centre can target officers occupying strategic posts whenever it is unhappy with state governments.

It is abundantly evident that the proposed amendments have not been thought through and are being rushed without adequate federal consultation in a manner that shows the present establishment's by now familiar penchant for the arbitrary exercise of centralised power, they said.

The former civil servants asked the Centre to drop the proposal which they said was "arbitrary, unreasonable and unconstitutional" as it interfered with the basic structure of the Constitution and can cause irreparable damage.

In the federal structure of the country, the Union and the states exist as distinct and separate entities, though they work in tandem to subserve common constitutional objectives, they said in a statement.

The All India Services (AIS) -- the Indian Administrative Service (IAS), the Indian Police Service (IPS) and the Indian Forest Service (IFoS) -- constitute the administrative framework for this unique relationship between the two levels of government and give it stability and balance, it said.

"The proposed amendments to the cadre rules of all the three AIS seek to give unilateral powers to the Union to pick and choose any AIS officer(s) working in the states to be withdrawn from their services in the state of their allotment and brought to the Centre without the concurrence either of the officer concerned or of the state government that the officer is serving," the statement said.

While this change in the rules may appear to be a minor, technical one, it, in fact, hits at the very core of the Constitutional scheme of Indian federalism, it said.

The proposed amendment to the cadre rules fundamentally alters this relationship and makes a mockery of the delicate federal balance that the AIS are designed to maintain, the statement said.

It is not possible to anticipate, at this stage, all the long-term consequences of such a major design alteration and some of the self-evident implications include "likelihood that states will consider the state civil services as more amenable to them and may treat AIS officers with suspicion and distrust", it said.

"It will allow greater scope for abuse of power by the Union government so that whenever it is unhappy with the state government it can target AIS officers occupying strategic posts (e.g., chief secretary, home secretary, director general of police, principal chief conservator of forests, district magistrate, superintendent of police etc.), withdraw them from their posts and place them elsewhere, thereby effectively derailing the functioning of the state administrative apparatus," the statement said.

States may choose to reduce "cadre" posts meant exclusively for the AIS and open them up to the state services, thereby seriously undermining BR Ambedkar's intention of maintaining uniformly high administrative standards across the country, free of any regional biases, it said citing the implications.

"If the AIS begin to play a lesser role in the states, it will also affect the unifying role which they play in the context of federal diversity - social, economic, and cultural (including administrative culture)," the statement said.

The Department of Personnel and Training (DoPT) has recently proposed changes in the IAS (Cadre) Rules, 1954 that will take away the power of states to override the Centre's request for seeking officers on central deputation.

Officers of the Indian Administrative Service (IAS) are allocated a cadre, which is a state/states or states and Union territories The former civil servants said the whole idea of the Centre not having a 'cadre' of its own but having to 'borrow' the services of an officer for specific periods at key senior management levels is destroyed if the state as a 'lender' has no authority on what it lends and on what terms and conditions, but the borrower, on the other hand, exercises superior rights over the lender.

This is turning the federal arrangement upside down, they said.

"We are, therefore, of the view that the proposed set of amendments to the cadre rules of the three AIS is arbitrary, unreasonable and unconstitutional. They interfere with the basic structure of the Constitution of India as a Union of States and can cause irreparable damage to the one institution which Sardar Patel held as being the most critical to the unity of the country," the statement said.

Will a government that holds the Sardar in higher esteem than any other figure in the history of the freedom movement pay heed to his words and drop the proposal to change the AIS cadre rules, it asked.

Nine states not ruled by the BJP - Odisha, West Bengal, Maharashtra, Kerala, Tamil Nadu, Telangana, Chhattisgarh, Jharkhand and Rajasthan - have raised their voice against the amendments moved by the DoPT.

On the other hand, Arunachal Pradesh, Manipur, Tripura, Madhya Pradesh, Uttar Pradesh, Gujarat, Haryana and Himachal Pradesh have given their consent, officials said.