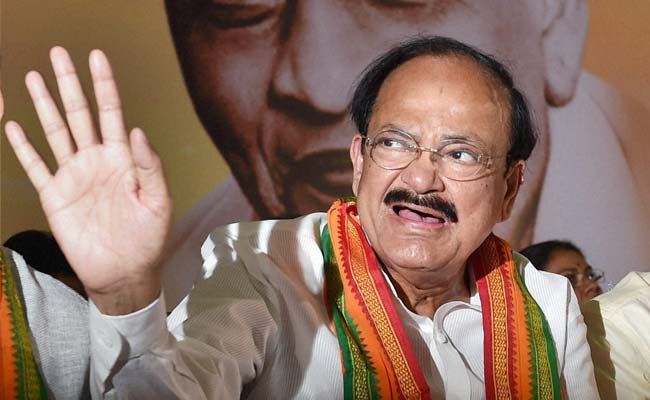 Hyderabad: Union Minister M Venkaiah Naidu on Friday said intellectuals complaining of "growing intolerance" can openly challenge Prime Minister Narendra Modi on any policy, but they should desist from spreading "misinformation" that hurts the country.

Noting that the writers and intellectuals returning their awards or speaking about "growing intolerance" have a right to do so, Mr Naidu, however, asked why they were silent during the Emergency or anti-Sikh riots in Delhi 31 years ago.

"Why their "conscience did not awaken" during Emergency (1975-77), during massacre of 3,500 Sikhs in Delhi in 1984, when three lakh Kashmiri Pandits were driven out of their homes and when fellow writer Taslima Nasreen was attacked in Hyderabad a few years ago?" he asked.

"There is no answer when asked why they did not respond when terrible things happened earlier in the country," Mr Naidu said, delivering a talk on Friday night on 'why the so-called intellectuals silent then and violent now'.

The intellectuals can challenge the NDA Government on policies instead of spreading "misinformation" that hurts the country, the senior BJP leader said.

"You can come and openly challenge Modi. You can say your policy is wrong and this is good. But, taking cover under this (issue of intolerance), spreading misinformation against this government, you are trying to defame the country and you are doing this with political motives. This is the debate going on in this country," he said.

He wondered whether "isolated, stray" incidents happening at different places need to be glorified.

He referred to news articles that asked whether prestigious awards like Oscars are returned or the President is blamed for crimes related to race happening in the United States.

In India, however, Prime Minister Modi is expected to respond on all such issues, Mr Naidu said.