Centre Wants States To Say No Deaths Due To Oxygen Crisis: Manish Sisodia

No one can deny that Delhi grappled with an oxygen crisis during the second Covid wave and that people died due to a shortage of oxygen, Manish Sisodia said. 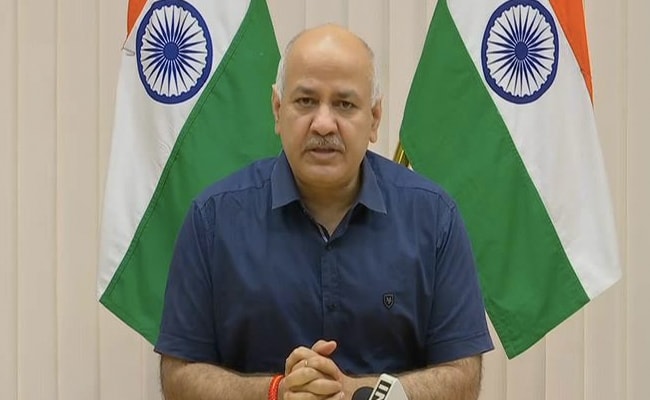 Centre was responsible for oxygen mismanagement in April and May, Manish Sisodia said (File)

No one can deny that Delhi grappled with an oxygen crisis during the second Covid wave and that people died due to a shortage of oxygen, Mr Sisodia said during an online press conference.

"We had resubmitted a file for the constitution of a panel to probe deaths due to oxygen shortage. The LG (lieutenant governor) is saying that there is no need for that," he said.

The deputy chief minister said that on one hand, the Centre has been asking states to tell how many people died due to oxygen shortage and on the other, "You have not been allowing us to investigate such deaths". "Then how will states tell?" he asked.

"That means the Centre wants us to give in writing that no deaths occurred due to the shortage of oxygen. It will be a big lie," Mr Sisodia added.

He claimed that the Centre was responsible for oxygen mismanagement in April and May and whether it was deliberate or a mistake is a matter of investigation.

The Centre will have to accept that it was responsible for the oxygen crisis, Mr Sisodia said.

The deputy chief minister had last week written to Union Health Minister Mansukh Mandaviya that it is difficult to ascertain without a probe if there were any oxygen-related deaths during the second Covid wave, and the Delhi government is seeking fresh approval from the LG to form an expert panel for it.

The Delhi government had in June formed a four-member expert committee to look into the deaths due to the shortage of oxygen during the second wave of the pandemic.

The committee was rejected by the LG.