Centre Rushes 2 Helicopters As Forest Fires Flare Up In Uttarakhand

There are 40 active fire spots in the forests of Garhwal and Kumaon regions with Nainital, Almora, Tehri and Pauri districts being the worst-hit, forest officials said. 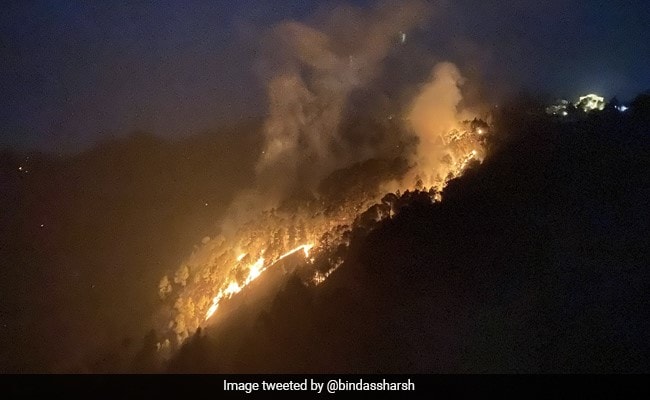 Forest fires in Uttarakhand flared up over the past day prompting the Centre to rush two helicopters to the state on Sunday to bring the situation under control.

There are 40 active fire spots in the forests of Garhwal and Kumaon regions with Nainital, Almora, Tehri and Pauri districts being the worst-hit, forest officials said.

Since January this year, there have been 983 incidents of forest fire in the state affecting 1,292 hectares of land, they said.

"I have spoken to Uttarakhand Chief Minister Tirath Singh Rawat to get an update on forest fires in the state. Instructions have been issued to send helicopters and National Disaster Response Force teams to the state to minimise loss of lives and property due to the wildfires," Amit Shah said in a tweet.

Mr Rawat called an emergency meeting of senior officials of the forest and disaster management departments and all district magistrates to assess the situation and discuss ways to effectively control it.

He said 12,000 forest department personnel have been deployed and 1,300 fire stations have also been set up to stop forest fires.

The two helicopters have already arrived in the state and officials have expressed hope that they will help in controlling the situation, the chief minister said.

Forest department officials have been asked not to take any leaves and keep a close watch on the situation, the chief minister said, adding bushes around residential areas are being cleared so that the forest fires do not spread there.

A major reason for rising forest fire incidents in the state is the paucity of rain during winter. Rainfall during winter was less than normal this year, he said.