The Centre on Sunday ordered a probe into the Jammu tunnel collapse which led to the death of 10 workers. 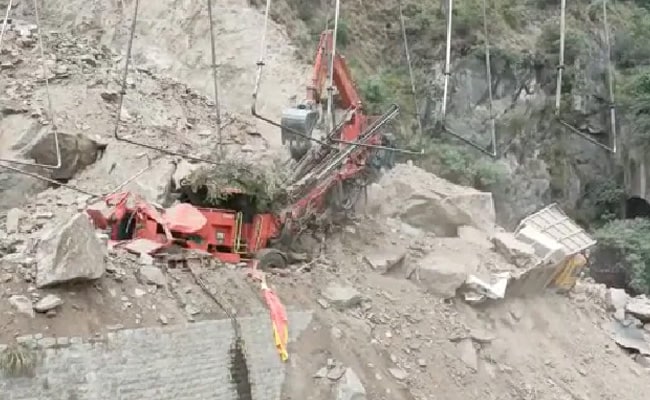 Bodies of all the 10 labourers were recovered after a 36-hour long rescue operation. (File)

The Centre on Sunday ordered a probe into the collapse of an under-construction tunnel along the Srinagar-Jammu National Highway which led to the death of 10 workers.

According to sources, basic protection measures were compromised as the company executing the work had not taken necessary safety measures before drilling, blasting and excavating the tunnel at Khoni Nallah.

A three-member expert committee constituted by the Ministry of Road Transport and Highways (MoRTH) will investigate the reasons behind the collapse and also give suggestions on how to prevent such incidents in future.

"A committee of three independent experts has been constituted by the central government which has already moved to the site to investigate the reasons for the collapse. Further action will be taken based on the committee's report," said an official statement.

Professor JT Sahu of IIT Delhi will be the chairman of the probe committee. It will submit its report to the government within 10 days.

The National Highways Authority of India (NHAI) has already initiated a process to handle such emergency situations and to avoid such incidents in future.

Bodies of all the 10 labourers were recovered after a 36-hour long rescue operation at Khoni Nallah.

Experts say basic protection measures may have been comprised. For example, right above the tunnel's opening, slope stabilisation and rock fall protection work is prerequisite. These measures were not taken before the workers started work on the tunnel.

"Before drilling, blasting and excavating, works like rock-bolt, wire mesh and shotcrete have to be carried out. It's a must," said an expert, adding that when a tunnel excavation is carried out, a de-pressured zone is created right above the tunnel's opening.

Police said they have filed an FIR against the company engaged in the work for negligence.