Petitioners have asked for the Supreme Court's help in upping internet speed in Jammu and Kashmir from 2G to 4G, citing the lockdown during which work and studies have largely gone online 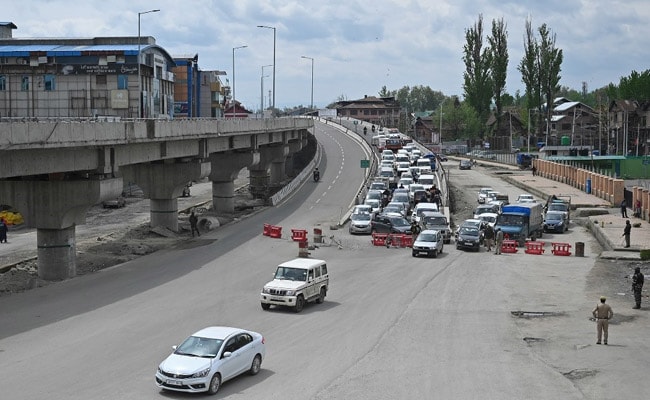 Mobile Internet with 2G service was restored in Jammu and Kashmir in January.

The demand to increase cellphone internet speed in Jammu and Kashmir to 4G was opposed by the Centre, citing increased terror activity. "National security is paramount," the government told the Supreme Court today, contending that protection of the lives of the entirety of the population takes precedence.

"Terrorists are being pushed into the country. Yesterday, there were some tragic events," the Centre told the court, citing yesterday's encounter at Handwara, where two senior army officers - a colonel and a major - were among five security personnel killed in action.

"We started with a complete lockdown, then opened movement, then landlines, then 2G Internet. The decisions are being made according to officials at the ground level. Orders are not mechanical," said the Jammu and Kashmir administration.

Mobile Internet with 2G service was restored in Jammu and Kashmir in January -- six months after it was removed as part of restrictions when the Centre ended the special status of the state and bifurcated it into two Union territories.

"Right to livelihood, access to telemedicine, access to online classes... even online transactions are affected... because of the low internet speed," the counsel for the petitioners said.

Under the circumstances, the continuation of low internet speed amounts to violation of fundamental rights under Article 19 and also 21, the counsel for the petitioners said, opposing the stand of the Jammu and Kashmir administration -- made clear during the last hearing -- that the right to internet is not a fundamental right.

"The right to access healthcare through internet doctors is inherent under Article 21 of the constitution," the counsel said. "Deprivation of fundamental rights has to be judged in the light of the fact that today you have a pandemic and you have restricted the rights of the people to access a doctor and of children to access a school".

Objecting to the possibility of a nexus between internet speed and terrorist act, the petitioners pointed out that "Terror acts are happening even with a 2G network".

During the last hearing, the Jammu and Kashmir administration had argued that restoration of high-speed internet will lead to uploading of anti-India videos by shadow handles run at the behest of Pakistan, which will lead to violence and disturb public order.

The court has reserved order on the issue.