Even the ruling Janata Dal United admitted to being "shocked" by the low figure, but hoped that the central government would "walk the talk" soon. 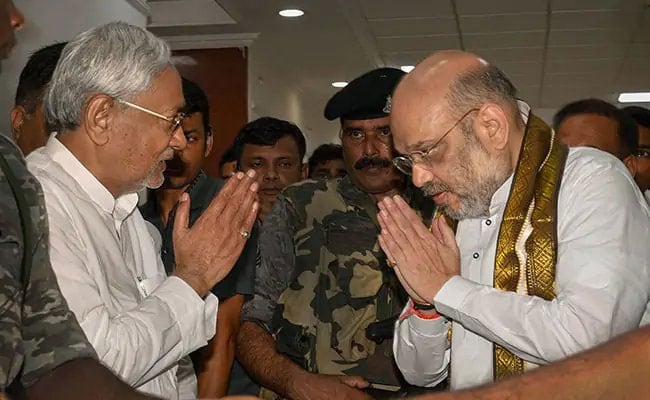 With less than a year to go for the assembly polls, the centre has yet again kept Bihar's Nitish Kumar government waiting for the Rs 4,000 crore it has demanded in flood damages.

Flood claims made by Bihar and Kerala were not given much credence in the Rs 5,908-crore relief fund released by the central government to seven states recently. According to a press release, Karnataka got Rs 1,869.85 crore (totalling over Rs 3,000 crore when taken together with the first instalment of Rs 1,200 crore) while Madhya Pradesh and Maharashtra received Rs 1,749.73 crore and Rs 1,500 crore respectively. Bihar, however, had to make do with just Rs 400 crore.

When upset Bihar officials questioned the reason for more funds not being allotted despite the state getting hit by floods two times in a row last year, resulting in the death of over 200 people, they were told that one more visit by a central team would be required. The opposition, however, was far from convinced.

Rashtriya Janata Dal leader Shivanand Tiwari termed it as a "clear-cut case of partisanism" by the central government, recalling how it had granted just Rs 1,700 crore as compared to the state's demand for Rs 7,000 crore even the previous year. He also claimed that the BJP knows Chief Minister Nitish Kumar won't make a big issue of it, given that he is "more interested in striking a favourable seat-sharing deal than the people".

Congress legislator Shakeel Ahmed Khan termed it as proof that the plight of the poor in Bihar does not move Prime Minister Narendra Modi and Union Home Minister Amit Shah. "What else can you expect from a Finance Ministry under the BJP?" he exclaimed.

Janata Dal United spokesperson C Tyagi admitted to being shocked by the low figure, but hoped that the central government would "walk the talk" soon. Last year, the Bihar government had disbursed Rs 2,000 crore among flood victims.